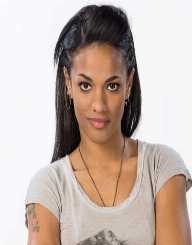 Freema Agyeman is a British actress born on March 20th, 1979. She is best known for her role in Doctor Who as Martha Jones. She was also cast in Amanita Caplan in the Sense8 series of Netflix and North v. South in 2015. Her major role was however in The Carrie Diaries where she starred alongside AnnaSophia Robb. The talented actress attended Middlesex University where she studied performing arts.

Freema Agyeman was born on March 20th, 1979. Her place of birth was in London, England. She is the son of Osel and Azar. Osel, her father, is a Ghanaian. Her mother, on the other hand, is an Iranian. However, her parents divorced when she was only five years old. Her mother raised her along with her older sister and Dominic her younger brother on her own. Freema practiced Roman Catholic while growing up.

Freema Agyeman attended a Catholic school situated in Stamford Hill know as Our Lady's Convent RC High School. She also took lessons at Anna Scher Theatre School in Islington during her 1996 summer holidays.  Later, she was admitted to Middlesex University where she studied drama and performing arts. In 2000 she was through with her studies and graduated.

Freema Agyeman got a breakthrough after acting Crossroad, cast as Lola. She later appeared in Rulers and Dealers directed by Stephen Lloyd Jackson. Her major role was with the series Doctor Who which was a great hit. The series premiered in 2006.

Subsequently, she was cast in Law & Order: the UK as Alesha Phillips. She also acted roles in The Carrie Diaries and Sex and the City which made her more famous.

Freema Agyeman was nominated for the British Soap Awards two times in 2003 for the category of: "Sexiest Female" and “Best Newcomer." This was for her role in Crossroads where she was cast as Lola Wise.

Later in 2007 and 2010, she was nominated for the National Television Awards. The 2007 nomination was for her role in Doctor Who, nominated for the Best Actress category. In the same year, she was named in the” Glamour Women of the Year Awards” as "Best Newcomer. Furthermore, she won the “Female TV Star" that year in the category of People’s Choice during the Screen Nation Film and TV Awards. She was also nominated at the 2009 Birmingham Black International Film Festival.

Freema Agyeman has a tattoo on her upper arm. It comprises the image of a butterfly, with the word “raha" (meaning free) written on it. She lives with her boyfriend in North London but would not reveal his name. According to her, she would like to keep her public life away from her private work.