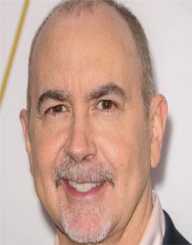 Terence Winter was born on October 2, 1960. He is an American television and film writer and producer. He is currently Fifty Eight years of age.

In 1991, he went to Los Angeles. He after that pursued screenwriting. He later worked with the Warner Bros, Sitcom Writers Workshop. He then worked with Fox in the writing of ‘The Great Defender’ series. He, later on, became a member of Soprano cast.