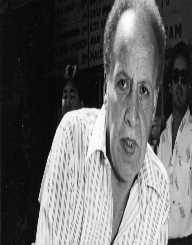 Robert George Richardson was born on January 3rd, 1928. He was famous for being a fashion photographer. He was popularly known as Bob. He began using the camera when he was 35 years old. From this time henceforth, he rose to fame quickly. Before working with a camera, Richardson was a graphic designer working in the New York City.

Unlike other renowned photographers, Richardson was unique in his way since he did not make it easy for other people to work with him. Richardson’s personal life was not that easy. He often had schizophrenia. His photography career was full of ups and downs. At some point, Richardson found himself out in the streets.

In 1989, light shone back on his photography career after Richardson was found by an art historian who was researching more on fashion photography. He found Richardson living in dosshouses but he quickly linked him to his son. Therefore, Richardson moved from San Francisco to the New York City.

Fortunately for Richardson, the New York City opened up opportunities for him. He landed on teaching jobs in institutions such as School of Visual Arts and International Center for Photography. During the 1960s, Richardson’s career also picked up and landed on working contracts from magazines including British GQ and the Italian Vogue.

Richardson had a son named Terry Richardson. He also went ahead and became a famous photographer.

Robert George Richardson passed away on December 5th, in 2005.