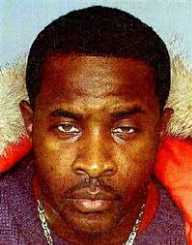 Kenneth McGriff was born on September 19, 1960, in Baisley Park, a housing project in South Jamaica, Queens, New York. His parents were city transit workers, and he had two siblings. He enrolled at the Catherine and Count Basie High School. There, he joined the Five Percent Nation, a sect of the Nation of Islam. Its members believed that a small percentage of the African-American population was destined to lead the entire community. During his time in the group, McGriff earned the nickname “the Supreme.”

One of Kenneth McGriff's friends introduced him to drug lord Lorenzo “Fat Cat” Nichols. Soon after that, he started his drug ring, which he called the Supreme Team. His gang soon gained hundreds of members, and he took control of the crack cocaine trade in Baisley Park. He designed a system with back-alley escape routes and lookouts with walkie-talkies. He included the kids in the area in his operations, giving them unique gifts after they had completed the tasks.

In 1985, Kenneth McGriff was sent to the Elmira State Prison for possession of narcotics. During his time, his nephew, Gerald “Prince” Miller, took charge of the Supreme Team. McGriff was briefly released in 1987. He soon ended up back in prison for engaging in a continual criminal enterprise. He was sentenced to 12 years, but he was released on parole in 1995. He opened a small barbershop near his parents’ house in Queens. By the end of the year, he violated his parole and ended up back in prison.

After his release in 1997, Kenneth McGriff decided to venture into filmmaking. He wanted to make a film adaptation of Donald Goines’s series of novels Crime Partners. He asked the producer Irv Gotti to help him. He went to Hollywood and tried to buy the rights to the novel. He found a location and a cast for the film. Several musicians from Murder Incorporated, Gotti’s record label, agreed to work on the soundtrack.

McGriff soon became involved in a dispute between rappers Ja Rule and 50 Cent. In May 2000, 50 Cent was shot several times, with McGriff being one of the suspects. By the end of the year, he finished the making of Crime Partners in Harlem. In 2001, his rival drug dealers Troy Singleton and Eric Smith were killed in Queens. The police suspected that he had ordered their murders.

In 2002, the police arrested Kenneth McGriff for murder. In 2005, he was found guilty of murder, racketeering, and drug trafficking. He was sentenced to life in prison and placed in the ADX Florence prison in Colorado.