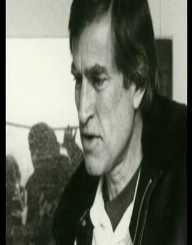 Sam Wagstaff was a collector of photography and an art curator. He is best remembered for the support of minimalism, earthworks, conceptual art, and pop art. He was a benefactor of Robert Mapplethorpe who was also his lifetime companion.

Sam Wagstaff was born on 4th November 1921. Jones Wagstaff, his father, was a renowned wealthy lawyer and Olga May Piorkowski, his mother was a fashion designer.

He was born to a family of two. His parents later divorced in 1932 when her mother married Col. Arthur Emil Piorkowski who was a scientist.

Sam Wagstaff spent most of his early life in Central Park South. He attended Hotchkiss School before enrolling at Yale University.

He took part in D- day landing as an ensign during World War II during his time in the army.

After the World War, he had a short stint in the field of advertising, a job he disliked a lot. He later went back to school to pursue Renaissance art where he started concentrating on art.

Sam Wagstaff's first breakthrough in the art industry came in 1959 when David E. Finley took him to the National Gallery of Art based in Washington.

Between 1961 and 1968, he served as a curator of contemporary art. Wagstaff organized an art show, ‘Black, White, and Gray' in 1964. The show was referred to as Minimalist Art.

He later donated some of his work to the American Art. Most of his work is available online.

Sam Wagstaff's relationship with Robert Mapplethorpe was not only professional; they were a couple until Wagstaff's death. The two had made their sexual orientation public and were in an openly gay relationship.