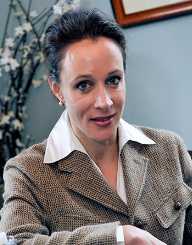 Paula Broadwell was education at Century High School (1991). During her school years, she was an All-State basketball player. She was accepted into West Point Military Academy and graduated in 1995 with a B.Sc. in political geography and engineering. In 2006, she received to a masters degree in international security from the Joesph Korbel School of International Studies at the University of Denver. And in 2008, she was awarded a master of public administration from the John F. Kennedy School of Government at Harvard University.

Petraeus first met Paula Broadwell when she was a graduate student at Harvard University (2006). He was a US Army lieutenant-general working on a counter-insurgency manual. In 2008, Broadwell began making a case study of Petraeus’ leadership. Broadwell then expanded her doctoral research into a biography of Petraeus (2010). This research included making trips to Afghanistan where she gained access to Petraeus and his commanders. In September 2011, Petraeus retired from the military and took up his position as the director of the CIA.

He remained in touch with Broadwell and in November 2011, they commenced an affair. Paula Broadwell published her biography All In: The Education of General David Petraeus in January 2012. Then a few months later, Jilly Kelley, a friend of Petraeus’ wife Holly, complained to an FBI friend about anonymous threatening emails she had been receiving. An FBI investigation was opened, and the emails were traced back to Broadwell. The FBI subsequently discovered the affair between Broadwell and Petraeus

On the 21 October 2012; the FBI interviewed Paula Broadwell During the interview, she admitted to the relationship with Petraeus and her computer was seized. The FBI discovered classified information on the computer. The FBI then interviewed Petraeus in late October 2012. He admitted to the affair but denied compromising any national security information. Then on the 26 October 2012, Broadwell gave a speech at the University of Denver and mentioned a previously unreported attack on the US consulate in Benghazi. The FBI informed the White House and on the 8 November 2012, President Obama met Petraeus, who then asked for permission to resign.

Petraeus publicly acknowledged the affair on the 9 November 2012 and resigned his position with the CIA. On the 10 January 2015, prosecutors recommended bringing charges against Petraeus for providing classified information to Broadwell. Petraeus was fined in April 2015, but because he admitted to mishandling classified materials, escaped a prison term. He received a $100,000 fine and two years probation.

Paula Broadwell is the founder of Think Broader which she started in 2015 with the intention of removing gender basis from the media.

Paula Broadwell's husband is Scott Broadwell, and the couple has two sons.