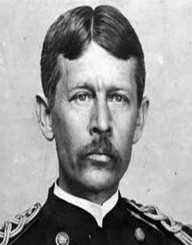 Walter Reed was born on September 13, 1851. He was a United States Army physician. He played a significant role in the postulation and confirmation of the theory that yellow fever is transmitted by one of the mosquito species. He died on November 22, 1902, at the age of fifty-one.

Walter Reed was born on September 13, 1851, in Belroi in Virginia in the United States of America. He was born to Sutton Reed and Pharaba White. His family lived in Murfreesboro in North Carolina when he was a youth.

He later joined the New York University’s Bellevue Hospital Medical College in Manhattan. In 1870, he graduated from the school with his second M. D. Degree. After graduation, he interned in several hospitals in New York. He later got a job with the New York Board of Health where he worked until 1875.

Walter Reed later joined the United States Army Medical Corps. With the army, he was assured of financial security and professional opportunities which enabled him to support his family. In 1875, he was appointed as an assistant surgeon with the Army Medical Corps.

He was later assigned posting to the American West. In one of his many tours, he finished a course in pathology and bacteriology at the Johns Hopkins University Hospital Pathology Laboratory. He was concerned with the public health of people hence obsessed with public sanitation.

In 1893, Walter Reed joined George Washington University School of Medicine and Army Medical School in Washington D. C as a professor of bacteriology and clinical microscopy. He was involved in numerous research projects. He was also a curator for the Army Medical Museum (The National Museum of Health and Medicine).

In 1896, he became a medical investigator. He was among a team that proved that yellow fever was not a result of physical contact or drinking water from a river, but it was caused by a specific type of malaria species. In 1898, while at Cuba, he was appointed the chairperson of a panel that was established to investigate the outbreak of typhoid in the United States encampments in Cuba.

Walter Reed and his team found that contact with fecal matter and food or drinks contaminated by flies caused the spread of typhoid. In 1901, he returned to the United States and continued to enlighten the public and publish on yellow fever.

Reed received honorary degrees from Harvard University and the University of Michigan in recognition of all his seminal work. His breakthrough in yellow fever research is popularly considered a milestone in biomedicine, was paving the way for research and humanitarianism.

On April 26, 1876, Walter Reed married Emilie Lawrence who, he had two biological children with, that is, Walter Lawrence and Emilie Reed. They later adopted an aboriginal American child, Susie Reed. In 1902, his appendix ruptured, and he died on November 22, 1902, of the complications that arose with the rupture. He died at the age of fifty-one. His remains were buried at Arlington National Cemetery.