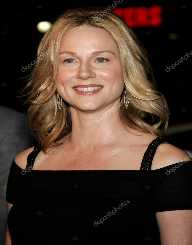 You Can Count On Me: Laura Linney

American actress and singer Laura Leggett Linney was born on February 5, 1964, in  New York City, United States of America. Her father Romulus Zachariah Linney IV was a scriptwriter as well as a professor. Her mother Miriam Anderson Ann Leggett Perse worked as a nurse in the Memorial Sloan Kettering Cancer Center. Laura Linney was raised by her mother in a small one bedroom apartment in Manhattan's Upper East Side as a single parent as her parents got divorced when she was only six months old.

Laura Linney graduated from the Northfield Mount Hermon School, New England in 1982 and then got enrolled at the Northwestern University. Later, she shifted to the Brown University, an Ivy League Research University in Providence, Rhode Island, United States. She graduated from the Brown University with a degree in theatre in 1986. After that, she went on to study acting at the Juilliard and the Arts Theatre School in Moscow and received a Master of Fine Arts degree in 1990.

Following her M.F.A. from Juilliard, Laura Linney began her acting career performing on Broadway and Off-Broadway productions. Her performance was admired in the Broadway productions of Six Degrees of Separation and Hedda Gabler. She made her film debut in 1992 portraying the character of a young teacher in Lorenzo's Oil. However, it was her small but memorable role of a White House Secretary having an affair with the American President in the 1993 comedy ‘Dave’ that stole the limelight. In the same year, she appeared in the television miniseries ‘Tales of the City.’ She earned rave reviews for her portrayal of the ingenious character of Mary Ann Singleton in the show which was an adaptation of Armistead Maupin's novel of the same name.

In 1998, Laura Linney reprised the role in its first sequel (More Tales of the City) which was aired on Showtime. A second sequel (Further Tales of the City) came up in 2001. After the success of Tales of the City, she appeared in a series of prominent thrillers including ‘Congo’ (1995), ‘Primal Fear’ (1996) and ‘Absolute Power’ (1997). She starred opposite Richard Gere In the film ‘Primal Fear’. The plot of the thriller was centered around the murder of an Archbishop. Her characterization of an ex-lover and courtroom opponent of Sir Richard Gere’s character in the thriller was considered to be a breakout performance by many critics. Adventure thriller ‘Congo’ and the little-seen film ‘A Simple Twist of Fate’ helped the increased volume of her film career resume.

‘Congo’ was a box office success but the critics denounced the film. In ‘Absolute Power,’ Laura appeared as the daughter of Clint Eastwood's character who is framed for a murder involving the President. Her next film ‘The Truman Show’ (1998) placed her firmly in the Hollywood film industry. However, it was the new millennium of the 21st century which saw her rise to the top with some of her most strong and memorable performances making a beeline. ‘You Can Count on Me’ was released in 2000. Her portrayal of a single mother in the film earned her a nomination for an Academy Award in the category of Best Actress. Between 2000 and 2003, she appeared in many films. Notable among these are low budget films ‘Maze’ (2000), ‘The House of Mirth’ (2000), ‘The Life of David Gale,’ ‘Love Actually,’ and ‘Mystic River’ - all three films releasing in 2003.

Laura Linney made waves in the small screen when she received three Emmy Awards for her roles in the sitcom ‘Frasier’ (2002), the television movie ‘Wild Iris’ (2004), and the HBO miniseries ‘John Adams’ (2008). She was again nominated for her second Academy Award in the category of Best Supporting Actress for her role in the 2004 film ‘Kinsey.’ The film was a kind of a biopic of a sexual behaviour researcher Alfred Kinsey, where Laura portrayed the role of the title character’s free-thinking wife.

In 2005, Laura Linney appeared in a horror film ‘The Exorcism of Emily Rose’ and in a quirky comedy-drama ‘The Squid and the Whale’. She earned a Golden Globe nomination for Best Actress in a musical or comedy for her role in ‘The Squid and the Whale’. The film showed the  Brooklyn of the 1980s and a promising writer’s struggle dealing with a messy divorce. Laura depicted the title character with aplomb.

In 2006, Laura Linney performed in the political satire ‘Man of the Year, comedy ‘Driving Lessons’ and in the Australian drama ‘Jindabyne.’ Again in 2007, she appeared in the spy thriller ‘Breach,’ the comedy-drama The Nanny Diaries and The Savages. Her portrayal of a scriptwriter still battling the aftereffects of her unusual childhood earned her the third Academy Award nomination, this time for Best Actress.

Laura Linney also continued to perform on stage and garnered different award nominations throughout the latter part of her career. She earned four Tony Award nominations for her performance in ‘The Crucible’ (2002), ‘Sight Unseen’ (2004), ‘Time Stands Still’ (2010), and ‘The Little Foxes’ (2017). She won a Golden Globe Award in 2011 and an Emmy Award in 2013 for her role in the television dramedy series ‘The Big C,’ which was aired between 2010 and 2013 on the cable channel Showtime.

In 2010, Laura Linney appeared on Broadway in Time Stands Still played at the Manhattan Theatre Club. Among her recent films, her role as a cousin and close confidante of President Franklin Delano Roosevelt in the 2012 dramatic comedy ‘Hyde Park on Hudson’ and the role of a housekeeper of an aged Sherlock Holmes in ‘Mr. Holmes’ (2015) calls for a special mention. She also appeared in three of the latest films: the 2016 action drama ‘Teenage Mutant Ninja Turtles: Out of the Shadows,’ ‘Sully,’ the 2016 thriller ‘Nocturnal Animals’ and the 2017 crime drama ‘The Dinner.’

Laura Linney married compatriot and her Juilliard classmate David Adkins in 1995. They got divorced in early 2000. In 2007, she declared her engagement with real estate agent Marc Schauer. They tied the nuptial knot in May 2009. The couple was blessed with a son, Bennett Armistead Schauer, who was born on January 8, 2014.