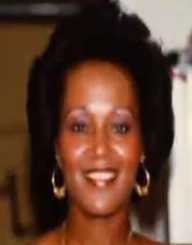 Thelma Wright was an American drug dealer popularly known for moving heroin and cocaine between Los Angeles and Philadelphia. Her rise to the helm of drug dealing in Philadelphia came after the murder of her husband.

Wright was only in her early 20s when she met her husband, Jackie Wright. The couple settled in Philadelphia, and it is here that Wright came into the drug dealing sphere. When her husband died, she had to choose between starting a new life or taking over the family business. Thelma could not resist the thought of easy money and the taste of success. She had to continue with the drug dealing.

Thelma Wright came from a humble background and raised by very caring parents. She went to St. Maria Goretti High School, South Philadelphia. After that, she attended Temple University where she pursued a degree in real estate management.

After completing her degree course at Temple University, Thelma relocated to Los Angeles. Here she began trying her hand in various business ventures. In the late 1980s, Wright started a clothing company called Jackiem Enterprises, Inc. However, she became homesick and eventually went back to her native Philly.

After the death of her husband and making a choice to deal with drug trafficking, Wright started transporting cocaine and heroin. She took advantage of the connections her husband had with the Black Mafia. The street gang had a reputation of ruthlessness and could even kill police officers.

In the early 1990s, Philadelphia had become infiltrated with drugs, especially heroin and cocaine. Money was coming easy, and Wright got the urge of becoming successful in the business. The drug organization she ran grew very fast. Her organization moved the products in large quantities. At the same time, she established contacts and allies all over the United States.

Her agility and aggressiveness in the business earned her nicknames such as "Queen Pen" and "Boss Lady." In her memoir; With Eyes From Both Sides - Living My Life In and Out of the Game, Wright said, "It was about getting to another level."

Profits were getting better up to an estimated amount of $400, 000 a month. Wright's business was thriving. "I made a lot of money," she said. However, this, clearly not the life she had wished to live.

Exit from the Game

In July 1991, Wright experienced an event that would change her life in the game. A crossfire involving her and her friends against a competing gang took place at a night club. Even worse, two weeks later she missed a bullet targeted at her.

In the same year 1991, Wright made a decision to leave the game for good. She went quiet and out of the public eye for some time. When Wright reemerged, she got engaged with a non-profit organization as a manager of various women caught up in addiction and mental health cases. Wright did all she could to survive, and in the end, she quit.

Thelma Wright was married to Jackie Wright. Together, they had a son, Jackiem, born in 1982.