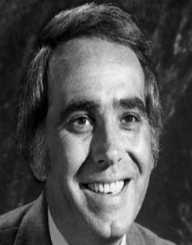 American radio and television personality Tom Snyder was born to Marie and Frank Snyder in Milwaukee, Wisconsin on the 12 May 1936.

Tom Snyder started out working as a radio reporter in Milwaukee, Kalamazoo, Savannah, and Cleveland. In the mid-1960s, he moved to KYW-TV in Philadelphia where he spent five years. In 1970, he joined NBC News in Los Angeles as the news anchor for the 6.00 pm Weeknight slot.

In October 1973, NBC appointed Tom Snyder, the host of The Tomorrow Show (1977-1982). Initially broadcasting from Los Angeles, the show moved to New York City in 1974.  Snyder moved with the show and also continued anchoring newscasts with WNBC-TV (1977) as well as NBC Sunday Nightly News broadcasts (1975-1976).

Snyder interviewed John Lennon in 1975, Lennon’s last televised interviews. Other guests included Priscilla Presley (1980), Charles Manson at the California Medical Facility (1981) and the Irish band U2’s first US television interview (1981). A new talk-variety format renamed Tomorrow Coast to Coast was aired with a co-host, Rona Barrett, and a live audience but the show was cancelled in 1982.

A year after his death, Tom Snyder was inducted into the Broadcast Pioneers of Philadelphia Hall of Fame (2008). In 1974 he won a Primetime Emmy for The Tomorrow Show (1973). He was nominated for the Primetime Emmy again in 1975 and 1976.

Tom Snyder's first wife was Mary Ann Bendel (m.1958 - div.1975). They had one child, a daughter Anne Marie. He later had a long relationship with television producer Pamela Burke. Snyder was diagnosed with leukemia in 2005 and died on the 29 July 2007 in San Francisco, California at the age of 71.

Tom Snyder's free-form programme and interviewing style, working live without a script, had an impact on the generation of US television broadcasters who followed in his footsteps.