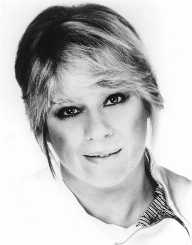 Eleanor Louise Greenwich was born on October 23, 1940. She was an American singer, songwriter and record producer. She mostly dealt with pop music. She is known for the songs ‘Be My Baby,’ ‘Do Wah Diddy Diddy,’ ‘River Deep-Mountain High’ and ‘Da Doo Ron Ron’ among others. She died on August 26, 2009, at the age of sixty eight.

Eleanor Louise Greenwich was born on October 23, 1940, in Brooklyn in New York. She was born to William who was an electrical engineer and a painter and Rose who was a department store manager. Her interest in music developed while she was still a child since her parents played music in the house. She was taught how to play the accordion while she was still young. She was brought up alongside her sister, Laura. While she was ten years old, her family moved to Levittown in New York.

She started composing songs when she was a teenager. In high school, she formed the group ‘The Jivettes’ with two of her friends. She wrote songs about her high school crush. After graduating high school, she enrolled at the Manhattan School of Music. She was however rejected because she was an accordion player. She later enrolled at Queens College and taught herself to play the piano.

At the age of seventeen, Ellie Greenwich recorded her first single ‘Silly Isn’t It’ which was issued under the name Ellie Gaye. In 1958, her second single ‘Cha Cha Charming’ was released. In the same year, she transferred from Queens College to Hofstra University after she was criticised for recording pop music.

In 1959, Ellie Greenwich met Jeff Barry who later became her husband and songwriting partner. In 1962, she met John Gluck Junior at the Brill Building. She wrote hits with Tony Powers such as ‘He’s Got the Power,’ ‘(Today I Met) The Boy I’m Gonna Marry’ and ‘Why Do Lovers Break Each Other’s Hearts?’ In 1962, Barry and Eleanor got married and decided to write music as a duo, and so Tony Powers was left out. Barry later signed with Trinity Music and together with Eleanor, they were given their own office.

They wrote hit songs such as ‘Be My Baby,’ ‘Then He Kissed Me,’ ‘Baby, I Love You,’ ‘Not Too Young to Get Married’ and ‘Christmas (Baby Please Come Home)’ among others. They later released an album titled ‘The Raindrops.’ In 1964, they were recruited as producers and songwriters by Red Bird Records. The label released their first song ‘Chapel of Love’ by The Dixie Cups which was a hit. In 1965, Barry and Eleanor divorced. They, however, continued to work together until 1966.

In 1967, Ellie Greenwich and Mike Rashkow formed Pineywood Music. In 1968, she released her first solo album ‘Ellie Greenwich Composes, Produces and Sings.’ The album produced the hits ‘I Want You to Be My Baby’ and ‘Niki Hoeky.’ She also provided background vocals for several artists. In 1973, she released the album ‘Let It Be Written, Let It Be Sung.’ In the same year, her single ‘Sunshine After The Rain’ was a hit in the United Kingdom. She collaborated with numerous artists in her musical career.

In 1991, Ellie Greenwich and Barry were inducted into the Songwriters Hall of Fame. In 2010, she received the Ahmet Ertegun Award for helping to define the Brill Building Sound alongside Barry. In 2013, the Garden of Ellie which contains her statue was placed just net to Hofstra University’s music school.

On August 26, 2009, Ellie Greenwich died at St. Luke’s Roosevelt Hospital in New York City of a heart attack. She died at the age of sixty eight.