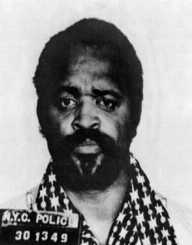 Leroy Nicholas “Nicky” Barnes was born in Harlem, New York, on October 15, 1933. He left home in his teens to get away from his abusive alcoholic father.

After leaving home, Nicky Barnes started selling drugs to make a living. He became addicted to heroin, although he later managed to stay sober. At the age of 16, he was arrested for possessing a hypodermic needle. Shortly after that, he was arrested for breaking into cars and possessing burglary tools. From 1951 to 1954, he served time at the Manhattan House of Corrections. From 1959 to 1962, he served time at the Green Haven State Prison for low-level drug distribution.

After leaving prison, he expanded his drug business to The Bronx and employed more than 50 people. In 1965, the police sent him back to prison for possession of narcotics. During his time there, he met “Crazy” Joe Gallo, a crime boss from the Italian mafia. He taught him how to operate a very large and successful drug empire.

In 1971, Nicky Barnes left prison after filing an appeal. The following year, he founded the organized crime syndicate, The Council. It consisted of him and six other gangsters, including Wallace Rice, Guy Fisher, Ishmael Muhammed, Joseph Hayden, Thomas Foreman, and Frank James. They controlled dozens of mid-level distributors and hundreds of street dealers. Barnes soon expanded his business to Pennsylvania and Canada. He often hired contract killers to get rid of anyone who interfered with his operations.

He earned the nickname “Mr. Untouchable” because he managed to avoid many charges and arrests. He lived an extravagant lifestyle with constant parties and flashy cars. He was always well-dressed, owning hundreds of custom-made suits and Italian shoes. He invested a large chunk of his money in legal businesses, such as car dealerships.

In 1977, Nicky Barnes posed for the cover of The New York Times Magazine. His fame and public image angered President Jimmy Carter, so he pressured his people to put great efforts into his investigation. The U. S. Justice Department and the Attorney General prosecuted him for his drug trafficking.

In 1978, Nicky Barnes was sentenced to life in prison with no parole and sent to the Marion Federal Penitentiary in Illinois. During his time in prison, he decided to become an informant. He felt betrayed by his associates, so he gave the authorities information about them. He was a well-behaved prisoner, earning his college degree while in jail and tutoring the other inmates.

Because of Nicky Barnes' cooperation, the Attorney General drastically reduced Barnes’ sentence. He was released from prison in 1998 and entered the U. S. Federal Witness Protection Program. In 2007, he published his memoir, titled Mr. Untouchable: My Crimes and Punishments. He appeared in the documentary Mr. Untouchable and on The Howard Stern Show.

Nicky Barnes' wife was Thelma Grant. She was involved in his drug business and spent 10 years in federal prison. They had two daughters, named Nicole and Ebony. Barnes also had numerous girlfriends and mistresses.

Nicky Barnes died of cancer on June 18, 2012, at the age of 78. Because he was in the Federal Witness Protection Program, the news of his death was not made public until 2019.