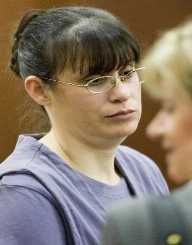 Andrea Yates was a practicing nurse and mother from Texas, who captured the American attention by her killing of her children by drowning.

Andrea Pia Yates was born in Hallsville, Texas on July 2, 1964. The last in a family of five, she was of mixed European parentage. Her father Andrew Kennedy was Irish American, while her mother Jutta Koehler was German.

Soon after graduating from nursing school, Andrea Yates got a job at the MD Anderson Cancer Center. She was a nurse caring for cancer patients at the institution, which was part of the University of Texas. Her nursing career spanned over eight years. This was from 1986 to 1994.

From her childhood, Andrea Yates had behavioral imbalances. She fought depression in her youth, and other eating disorders. Her mental problems stabilized during her college years. The situation took a worse turn after her marriage. She slowly receded to her depression.

In June 1999, four months after having her fourth baby, Yates became suicidal. She twice tried to kill herself in the same month. Yates was put on medication to calm her depression.

The following month, she was in and out of the hospital after yet another failed twin suicide attempts. Eventually, she was diagnosed with a mental disorder called postpartum psychosis. This is a mental insanity condition which occurs to women, a few weeks after childbirth.

Andrea Yates' status improved for a while until the death of her father in March 2001. Yates slipped back into mental instability. By this time, she had given birth to their fifth child. Yates stopped taking her prescribed medication, refused taking food and starved her children of food.

Together with her husband, Andrea Yates was a devout follower of Peter Woroniecki. Woroniecki was a Christian preacher who emphasized a strict doctrine to his followers. He preached of couples having many children. He also encouraged his disciples to discipline their children.

To most of his followers, the failure to have good mannered children fell on the parents. Andrea Yates justified her illness as a punishment from God for her inability to raise her children well. In her mind, she was the reason her children would end up in hell. To correct her sinful nature, she resorted to starvation and reading of the Bible for long periods.

The fateful day came on June 20, 2001. Ignoring advice from the doctor, Andrea Yates' husband left her alone for work. In less than one hour, Yates had drowned all her five children in her home. Her husband’s mother arrived later to find the crime had already been committed.

In her killings, Yates filled the bathtub with water. She then drowned her children and tucked their bodies in bed. She started with the youngest to the oldest. Yates then made frantic calls to her husband and the police to come to their home.

During her trial in Texas, Andrea Yates pleaded insanity. Her defense was not admitted by the jury. In the jury’s verdict, she was sentenced to a life jail term in March 2002. She was to be considered for any parole after forty years.

Andrea Yates was married to Russell Yates in 1993. Russell was a NASA engineer. The couple had five children. The firstborn Noah was born in 1994. The second John was born in December 1995. Paul Abraham was born in September 1997. The forth was Luke, who was born in February 1999. Mary the last born was born in November 2000.

Despite her promising grades in class, Andrea Yates had a troublesome private life. Her mental troubles started in her childhood. Few people took notice of her cry for help. If her immediate family had given her the necessary medical assistance, maybe her life would be different.