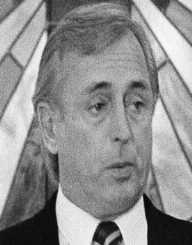 Jack Rowland Murphy aka ‘Murph the Surf' is one man that has led a controversial life. Jack was born in 1938 in Los Angeles California. Also, he was ones the surfing champions hence the nickname.

Moreover, he is also a musician, artist, and author. He went through conviction for murder in 1969. This was after pulling one of the hugest jewel heists in history in 1964. He was later set free after serving 19 years in prison for a double life sentence on parole. However, during his prison term, he decided to accept the life of Christianity and became an ordained minister. He took up the role of working with inmates in the prison ministry.  Also, he continues to work with inmates to date. Some beleive that its his way of paying retribution.

Murphy was born in 1938 in Los Angeles, California. Later in life, his family decided to move to Pennsylvania. During his school years, he was one of the top students. He loves for sport and music was hard to match.

Moreover, he also took up the passion for surfing where he also did well. He won the National Hurricane Surfing Championship in this period. Later in 1963 at the age of 17, he got an invitation to play violin with the Pittsburgh Symphony Orchestra. Apart from that, Murphy took up sports like tennis in which he did quite well. He also took up being a movie stunt and higher tower circus diver. However, Murphy lost his focus and then the lust to get rich quick set in. He then decided to pull off one of the biggest jewel heists in American history.

The October 29th of 1964 saw to the successful burglary of the American Museum of Natural History. Amongst the burglars was Murphy. They managed to take the Star of India, Eagle Diamond, the de Long Ruby among other precious stones. At the time he was the one who was casing the museum and also helped in the planning of the heist. During this time he found out that there was little if any security at the museum.

They then went ahead to plan and execute their heist without any interference. However, after two days later, Murphy and his accomplices were apprehended. He was them sent to prison for almost three years. During the two day chase, led to the recovery of most of the stolen. However, they did not recover the Eagle Diamond. Some believe that they had cut the diamond into smaller stones for an easier sell.

The Murders of the Two Secretaries

Murphy in the year 1967 had killed two ladies. Some believe that he killed them by beating them to death. Murphy then hid their bodies at a creek near Hollywood. This gave birth to the name of ‘Whiskey Creek Murders'. He made sure to tie two weights on the necks of the women to make sure that they sink. The ladies in their previous lives had stolen some security bonds at the instruction of Murphy. They then left their job and met with Murphy who then killed them. Some believe that they did not want to give up the loot to their partner Murphy.

After the murders, Murphy then took up another job. He decided to rob Olive Wofford who was a widow and a socialite. They made their point by holding the victim by keeping the poor woman at gunpoint. Also, they threatened to pour hot boiling water on the head of the lady's niece.

However, during their entry into the mansion, one of them tripped the silent alarm. Soon after the police were at the scene, and hell broke loose. The three men were arrested and arraigned in court. Murphy got a conviction of over 45 years of hard labor with the possibility of parole on good behavior. The sentence was inclusive of the ‘whiskey Creek Murders.'

Between the year 1969 and 1979 saw to the conviction of Murphy. He was sentenced to life imprisonment and added 20 years for the last burglary attempt at Olive Wofford. After his conviction, Murphy went to prison where he served his sentence for only 19 years. This was because he was a model prisoner. He took up the life of Christianity in prison and led Bible studies to that effect. The parole board gave him a chance to rejoin the society after serving half of his original prison sentence.

Immediately after leaving the prison complex Murphy pursued a new chapter in life with Bill Champions for Life Ministry. There he sought to give a helping hand to other prisoners through the form of rehabilitation. His only weapon through this life-changing journey was the word of God. He later in life got married to one of the TV presenters that used to visit him in prison.