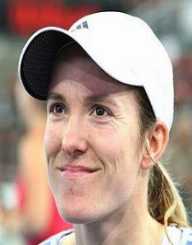 Professional Belgian tennis player Justine Henin was born on the 1 June 1882 in Liege to Francoise Rosiere and Jose Henin. She has three siblings: a sister Sarah and two brothers, David and Thomas. When she was an infant, the family moved to Rocheford. Henin was 12 when her mother died.

As a child, Justine Henin grew up with a tennis club closeby and started playing the game at a young age. She also used to be taken to the French Open with her French mother who was a fan of the game. It was at 1992 final that she saw Steffi Graf and Monica Seles play and she became a fan of Graf’s game. Her mother died in 1995, and it was around this time that Justine Henin met tennis coach Carlos Rodriguez and he became her trainer. Under his coaching, she won the junior girls singles at the French Open (1997) and started preparing for turning professional.

Justine Henin married Pierre-Yves Hardenne in November 2002. The couple adopted a son Justine Henin-Hardenne. She separated from Hardenne in January 2007 and in 2015 married Benoit Bertuzzo. The couple had two children together Lalie (2013) and Victor (2017).