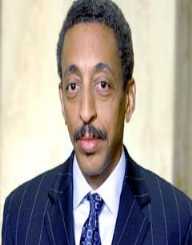 Gregory Hines was born on February 14, 1946. He was an American dancer and actor. He began dancing at an early age. He took dancing lessons and started dancing with his family at the Apollo Theater. He has starred in movies such as ‘White Nights and ‘The Cotton Club’. His career was based on Broadway where he was launched in the 1970s.

Gregory Hines was not only a dancer and actor but a choreographer as well. In the late 20th century he was a figure to be reckoned with when it came to tap dancing. He was the lead singer in a rock band that was known as ‘Severance’ before it was disbanded. He died on August 9, 2003.

Gregory Hines was born on February 14, 1946, in New York. He was born to Alma Lola and Maurice Robert Hines who was an actor, singer and dancer. He was brought up along his brother Maurice. Hines and Maurice started dancing at a very young age. Hines started tap dancing when he was only two years old. At the age of five he started dancing semi-professionally with his brother.

Henry LeTang was the choreographer who gave Hines and his brother dancing lessons. The two brothers used to perform in the same venues as famous tap dancers, The Nicholas Brothers and Howard Sims hence they learnt from the best. Hines and Maurice were known as the ‘The Hines Kids’ before changing the name to ‘The Hines Brothers’. In 1963, their father joined them as a drummer and they changed their name to ‘Hines, Hines and Dad’.

‘Hines, Hines and Dad’ was popular that they toured and performed throughout the United States and Europe. Hines and Maurice started having issues and Maurice left the band in 1973. In 1975, Hines formed the band ‘Severance’ where he was the lead singer and musician. The band used to play at the Honky Hoagies Handy Hangout.

In 1976, the band released its debut album on Largo Records. The group, however, did not last long and it was disbanded. Hines therefore returned to New York where he resumed his dancing career. He started a Broadway career which became popular with his stylish looks and dance moves that astonished people.

Gregory appeared in the films ‘The Cotton Club’ and ‘White Nights’ in 1984 and 1985 respectively. In 1986, Hines sang a duet with Luther Vandross titled ‘There’s Nothing Better Than Love’. The song reached number one on the Billboard R&B Charts. In 1987, he released an album ‘Gregory Hines’. Hines was an advocate for tap dance in America.

In 1988, Hines appealed for the National Tap Dance Day to be celebrated. The day is celebrated by 40 states in the United States. In 1992, he appeared in the musical ‘Jelly’s Last Jam’. In 1997, he starred in his own show ‘The Gregory Hines Show’.

In 1968, Gregory Hines married Patricia Panella. The marriage ended in divorce and his second marriage to Pamela Koslow also ended in divorce. He had three children, Zach, Daria, and Jessica. He also had a grandson.  He succumbed to liver cancer on August 9, 2003.