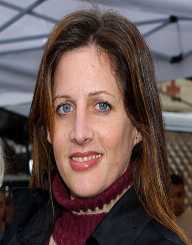 Tracy Kristine Nelson was an American actress and writer. Born into a family deep-rooted in the entertainment industry, she picked on the trade appearing in numerous films and television productions.

Tracey Nelson appeared in Square Pegs opposite Sarah Jessica Parker from 1982–83 and made a guest appearance in St. Elsewhere and Family Ties among several. She appeared as Sister Stephanie Oskowski in the series Father Dowling Mysteries. Nelson is a cancer survivor. She was diagnosed with Hodgkin’s lymphoma and undergone treatmentto put thecancer into remission.

Tracey Nelson was born on October 25, 1963, in Santa Monica, California to Ricky and Kristin Nelson both inductees of the Rock and Roll Hall of Fame. Both parents are singers and actors.

His siblings are Matthew Nelson, Gunnar Nelson, and Sam Nelson. She was born into a family full of entertainers both at the maternal and paternal side. She received education at The Buckley School later transferred to the Westlake School for Girls (now Harvard-Westlake School) graduating in 1981. She then enrolled at Bard College, New York, where she majored in Dance and European History. He father died in an aircraft crash in Dekalb, Texas in 1988. Tracey Nelson was also a professional ballet dancer for 17 years with Tania Lachine.

Tracey Nelson was a child actor, appearing in her grandparent’s television show, The Adventure of Ozzie and Harriet at a tender age of three months. In 1968 at the age of four, she appeared in Yours, Mine and Ours, as one of the daughters of Lucille Ball and Henry Fonda. She landed the role of Jennifer DeNuccio on the television series Square Pegs in 1982.

He appeared in the film Down and Out in Beverly Hills in 1986. One of her famous roles was in the television series The Father Dowling Mysteries as Sister Stephanie.

Tracey Nelson appeared regularly in the series Glitter, A League of Their Own and The Man From Snowy River. Nelson has also played roles in television series including Seinfeld, Family Ties, Murphy Brown, St.Elsewhere, The Nanny, Melrose Place, 7th Heaven, Matlock and Will and Grace among several others. In 1995, she appeared on Broadway’s Grease as Rizzo.

Tracey Nelson was also in a touring company. She has played several other roles in theatrical productions including The Rival, The Perfect Husband, The Fight for Jesse and Kate's Secret. Her book, The Nelsons, is about her personal life experience.

Tracy Nelson married actor William R. Moses in 1987 with whom she had the daughter actress Remington Elizabeth Moses. The couple divorced after ten years of marriage in 1997. She then dated Chris Clark and had a son, Elijah Nelson Clark.

Tracey Nelson is a cancer survivor undergoing treatment for three kinds of cancer. She was first diagnosed with stage 2 Hodgkin’s Lymphoma in 1987 some few months after her marriage. She blamed the cause of cancer on the stress she underwent after the death of his father coupled with the battle for the custody of her youngest brother between her mother and uncle.

She successfully underwent surgery, chemotherapy, (ABVD), and radiation at Cedars-Sinai Hospital, Los Angeles, California to put cancer in remission. The trauma from the radiation resulted in her being diagnosed with thyroid cancer in 2005. In 2010, she was also diagnosed with breast cancer. As a cancer survivor, Tracey Nelson is a cancer research advocate and served as the spokesperson for The Lymphoma Research Foundation of America.

The Lymphoma Research Foundation of America has honored her with a Lifesaver Award. She also received the "Jill Ireland Award" from the Amie Karen Cancer Fund for Children.