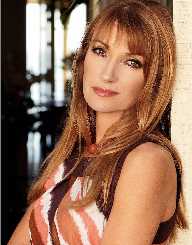 The Beauty that Radiates from Within: Jane Seymour

Jane Seymour was born as Joyce Penelope Wilhelmina Frankenberg on February 15, 1951, in Hayes, Hayes, and Harlington, Middlesex, the United Kingdom to John Benjamin Frankenberg and Mieke van Trigt. A distinguished gynecologist and obstetrician, her father, hailed from a Polish family (Village: Nowe Trzepowo, Poland), was a Jewish and was born in England. Her mother was of Dutch ancestry. Belonging to the faith of Protestant Christian, Mieke’s family lived in the Dutch East Indies (present-day Indonesia) and suffered the ignominy of being prisoner of war (POW) during the World War II. Jane fell in love with Ballet dancing during her childhood days.

Jane Seymour attended the Arts Educational School in Hertfordshire and sharpened her posture and endurance by taking some ballet lessons. She trained rigorously with an ambition to make a career in dancing and got an opportunity to train under the famous Russian Ballet dancer, Kirov Ballet. She also had a brief stint with the Arts Educational Trust for dance. However, a grievous knee injury effectively shut down any prospect of her dancing career in future.

After suffering the heartbreaking scenario of abandoning her first love dance due to the physical hindrance she faced in the form of a knee injury, Jane Seymour deviated to the field of acting. Her first film was an uncredited appearance in Richard Attenborough's ‘Oh! What a Lovely War’ in 1969. Meanwhile, she took a stage name "Jane Seymour," which was the name of King Henry VIII's third wife, the only survivor of the king’s penchant of beheading his wives.

Jane Seymour's first significant film ‘The Only Way’ was released in 1970. She portrayed the role of a Jewish woman seeking protection from the Nazi persecution. She got her major break in the television industry in 1973, when she played the character of Emma Callton in the popular television series ‘The Onedin Line.’ The show continued to run for a couple of years. She also starred as the female lead Prima in the two-part television miniseries ‘Frankenstein: The True Story’ after appearing in ‘The Onedin Line.’ She portrayed the character of Winston Churchill's lover Pamela Plowden in ‘Young Winston.’ Her father-in-law Richard Attenborough produced the film.

Jane Seymour received international fame with her appearance as Bond girl Solitaire in the James Bond film ‘Live and Let Die,’ the 1973 thriller. The film catapulted her to instant stardom. Jane was ranked 10th in a Top 10 Bond babes list prepared by IGN. In 1975, she played the role of Princess Farah in ‘Sinbad and the Eye of the Tiger,’ the third part of Ray Harryhausen's Sinbad trilogy. The film was released only in 1977 after all the stop-motion animation sequences were completed.

Continuing her simultaneous journey in film and television, Jane Seymour portrayed the character of Serina in the film ‘Battlestar Galactica’ as well as in its television adaptation of the same name. Her role opposite Chevy Chase in the 1980 comedy film ‘Oh Heavenly Dog’ was appreciated and applauded by the critics. In the same year, Seymour gave a stellar performance on Broadway playing the role of Constanze in Peter Shaffer's play ‘Amadeus.’ The play ran for 1181 performances after being premiered on Broadway in 1980. The drama was nominated for 7 Tony awards out of which it won 5.

On the movie front, Jane Seymour played the role of young theatre actress Elise McKenna in the period romance ‘Somewhere in Time.’ Though prepared with a remarkably low budget, the film was a kind of welcome break from the monotony of her previous work and also the starting point of her friendship with co-star Christopher Reeve. The film’s initial public response was inadequate but over a period, it developed a cult following to the extent of turning the Victorian-era hotel, where the epic love story was filmed, into an annual pilgrimage site.

During the 1980s, Jane Seymour started appearing in roles based on acclaimed work of literature and classics like ‘The Phantom of the Opera,’ ‘The Scarlet Pimpernel’ and ‘Lassiter.’ Before that, in 1981, she appeared in the television film ‘East of Eden,’ portraying the role of the chief antagonist Cathy Ames and won a Golden Globe Award for her performance in the film.

In 1988, Jane Seymour bagged the role of the female lead in the 12-part television miniseries ‘War and Remembrance’, an adaptation and continuation of the miniseries ‘The Winds of War.’ The show was based on a World War II story where she portrayed the character of Natalie Henry, an American Jewish woman trapped in Europe during World War II. She won an Emmy Award in the same year for her characterization of Maria Callas in the television movie ‘Onassis: The Richest Man in the World’.

During the 200th anniversary of the French Revolution, a television film ‘La révolution française’ was made both in English and French. Jane Seymour played the role of the guillotined French queen Marie Antoinette, while her two children, Katherine and Sean, were cast as Queen’s children. She appeared in a wide range of roles during the early part of 1990 from the role of a damsel in distress to the role of an attractive seductress.

From 1993 onwards, Jane Seymour appeared as Dr. Michaela "Mike" Quinn in a career-defining television series ‘Dr. Quinn: Medicine Woman’ and its television sequels (1993 - 2001). Her performance in the series won her a second Golden Globe Award. In the new millennium, she mainly concentrated working on television and continued to portray different types of characters.

Jane Seymour got married for a total of four times. In 1971, she married Michael Attenborough, son of renowned filmmaker Richard Attenborough. The marriage was terminated in 1973. She married again to Geoffrey Planer in 1977 only to be eventually divorced in 1978. Her third marriage was with David Flynn in 1981. The couple was blessed with two children. They were legally divorced in 1992. She met actor-director James Keach while working on the series Dr. Quinn: Medicine Woman. They tied the nuptial knot in 1993. They had a twin together. However, in April 2013, the couple announced their separation.

In 2002, Jane Seymour debuted with her clothing line the ‘Jane Seymour Collection.’ Presently, she is the ambassador of a nonprofit organization ‘Childhelp,’ committed to the cause of supporting and assisting victims of child abuse.