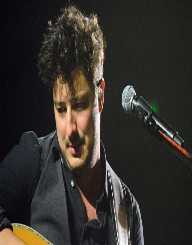 Marcus Oliver Johnstone Mumford was born on 31 January 1987 in Orange County, California. His parents were both English. Therefore he holds both British and United States citizenship.His parent’s John and Eleonor were former leaders of Vineyard Church in the UK and Ireland. He also has an older brother James. When Marcus was six months old, his family moved back to England. He grew up in Wimbledon Chase in southwest London and attended King’s College School. During his time at school, he met his future fellow band member Ben Lovett. He began his musical career playing drums for Laura Marling on her tour. During this time, he met other members of his future group. Mumford gained a lot of experience playing gigs and decided to form a band in 2007.

Mumford went to study at the University of Edinburg, but dropped out after his first year and returned to London, to focus on his musical career. During his time at the university, Mumford wrote the album Sigh No More.

After the forming of Mumford & Sons, the band began working with manager Adam Tudhope. Thanks to his efforts, the band later secured a record deal with A&R at Island. In 2008, Mumford & Sons embarked on a UK tour and made their first appearance at the Glastonbury Festival. The band’s first EP Love Your Ground was released in November 2008. The band continued to perform in small venues around London. The following year, they signed a licensing deal with Island Records in the UK and other record companies in New Zealand, Australia, and North America. They released their first record, with lead single “Little Lion Man.”

Band’s second album Babel was released in 2012, with its lead single “I Will Wait.” The song became a major hit, and the album debuted at No.1 in UK Albums Chart and the US Billboard 200. The band embarked on their first world tour to support the album in 2013. After finishing the tour, the band began working on a new album. In 2015 Wilder Mind was released, with its first single “Believe.” The band also appeared on shows like The Graham Norton Show, Saturday Night Live, The Daily Show with Jon Steward and several others. Wilde Man debuted at number one in the UK, US, and Australian charts. In 2016, the band released EP titled Johannesburg.

Besides his work on music, Mumford has also worked in production. He produced the album Hold Fast by Christian Letts from Edward Shape and the Magnetic Zeros. He was a co-author of four tracks of the record. He also produced the album Gamble for a Rose by King Charles, which was released in 2016.

Mumford dater Laura Marling after they met working on her tour, however, they broke up in 2010. In 2012, he married actress Carey Milligan, which whom he was a childhood pen pal. They had lost touch with kids but later reconnected. They were both involved in the production of the Coen brothers film Inside Llewyn Davis. In 2015, Mumford and Milligan had a daughter, Evelyn Grace.