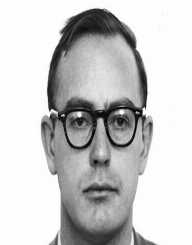 The Zodiac or Zodiac Killer is one of the modern myths that took credit for multiple murders in America. The operation of the said killer was around the San Francisco Bay area around the year 1960s. Nobody up to date has been able to reel in the main suspect in the murders. During this almost decade long period, the Zodiac claimed to be the sole murderer of several people in Northern California. However, the authorities believe that the Zodiac may have accounted for many others. The Zodiac Killer toyed with the authorities by sending mail to the local Newspapers.

Most of the time, the letter sent was containing threats. However, after some time the communication from the Zodiac went mum. The investigators could not make any headway with the investigations. So, all the cases thereby involved are still open. The eeriness surrounding the events of the deaths has been the focal point of numerous movies and books — the most famous of them all being the David Flinchers Zodiac.

Zodiac Killers Move in the Press

“I am the killer of the two teenagers last Christmas at Lake Herman,” said the Zodiac Killer in the three identical letters to the press. Someone claimed that he was the killer of two teenagers on the August 1st in 1969. The notes had the similar handwriting, with each being sent to San Francisco Examiner, Vallejo Times-Herald and San Francisco Chronicle. In the letters, there were details that only the person that killed the kids would have known.

The Zodiac also went ahead to make threats of killing again if the newspapers did not publish the letters. The letters demanded that the paper houses release the notes on the front page. Moreover, the message had some similar symbols on them: A circle with a cross through them. The media tagged the emblem as the Zodiac symbol. In the letters, the Zodiac Killer also included a cipher to his identity. During this period, the local police and the FBI were on the trail of the killer. However, he later sent another later to mock the police of their deliberate efforts. This is because they were not able to catch up or crack the code.

However, in a few days later, some high school tutor- Donald Harden alongside his wife cracked the code. The read that, “I like killing people because it is so much fun,…it is more fun than killing the wild game in the forest because ma is the most dangerous animal of all.”  Moreover, just a few days later, the Zodiac struck again with the details of Paul Stine’s murder. Paul was a taxi driver operating in the Bay area. The Zodiac also sent a shirt containing Paul blood in it to the San Francisco Chronicles. Furthermore, Zodiac made a fuss about shooting the tire of a school bus and killing the children as they came out. After a few more horrific stunts, the letter stopped in 1974.

The Zodiac had many victims under his belt. According to the profile he mostly targeted couples. Since the December 20th of 1968, the Zodiac is a suspect in four separate brutal murder incidents. On the same day, he took the lives of two teenagers a 16-year-old Betty Lou Jensen and her boyfriend, David Faraday. David was only 17 years at the time of his death. At the time of the first incident, the authorities were in the dark of the killer's motives. Moreover, they were not able to determine who the killer was either.

Almost a year later on the July 5th, 1969, the Zodiac struck again. That early morning while Darlene Ferrin at time age 22 years and Mike Mageau 19 years were in a parked car. In the remote location, a man walked towards their car while holding a torch. Suddenly out of the blues gunshots sounds rented the air. Darlene’s, boyfriend died on the spot while she sustained grievous wounds. The Zodiac then went ahead to call the police station claiming responsibility for the attack. However, the police still could not nail the Zodiac. This was despite the many physical evidence and description of the suspect from Darlene.

So, the Zodiac went ahead and made another statement. Just in the same year on the September 27th of 1969, he killed again. Cecelia Shepard and Bryan Hartnell were hanging out on a quiet beach of Lake Berryessa in Napa County. The Zodiac must have been getting brave with his crimes. He tied up the couple the stabbed them leaving them for death. After that, he scribbled a text for the police on the couple’s car. Then, just like the previous assaults, he claimed responsibility for the crime. Only Shepard succumbed to her wounds.

The Zodiac broke his pattern of killing couples when he murdered and claimed responsibility for a taxi driver. However, he was the suspect in the killing of other five people. These victims included Linda Edwards, Cheri Jo Bates and Robert Domingos amongst others.

Although there have been many theories of who the Zodiac Killers was, there has never been a conclusive arrest of any suspect. So, the murder cases on concerning the Zodiac Killer are still open although they are cold cases as per now.