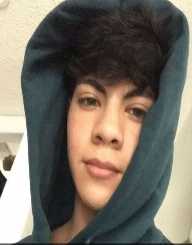 Take social media out, and the world is going to be a boring one. Social media has not just become fun but also educative. There are several guys out there putting laughter on the face of others and serving as sources of motivation. One perfect example of the above is Jovani Jara. Born on July 20, 1999, Jovani Jara is using social media to break all obstacles through motivational speeches. Jovani who is a rising social media personality is doing a yeoman's using Vine, YouTube, and Musical.ly.

Jovani Jara alongside his brother, Julian is pretty well in his quest to put a smile on the face of others. The two brothers are behind the social media account 99goonsquad on YouNow, Musical.ly, YouTube, and Vine. Teenagers flock to their account to have a feel of their rib-cracking videos, which can make one go gaga. Jovani and Julian put in much effort to ensure the videos they put out releases tension, stress and calms one down.

Jovani Jara was born on July 20, 1999, in Boynton Beach, Florida in the United States of America. He has a twin brother Julian Jara and a sister, Andrea. Jovani started as a concert cellist and played with an orchestra at Carnegie Hall, New York City. With his interest in the entertainment industry, he tried to make it a profession by enrolling in a performing and art school, but luck was not on his side, as he could not sail through his admission process. He then resorted to social media to serve the world with the talent he has through making hilarious videos. Jovani later collaborated with his twin brother Julian to make the dream come to fruition.

After failing to enrol at the performing and art school Jovani Jara and his brother, Julian ventured onto social media to display their talent to the world. Even though Jovani had created his first account on Twitter in 2013, he was not active on it until the collaboration with his brother to create the account 99goonsquad across social media platforms like Musical.ly, YouNow, Vine and YouTube. The two then decided to post hilarious contents that could bring smiles to faces of others forgoing their challenges. Jovani has since his first post not looked but on his primary motive of getting the sorrow, anger, and depression out of people by creating rib-cracking videos.

On YouTube, the 99goonsquad has about 239,000 subscribers after creating the account in 2015. The account of YouNow is doing exceptionally well with almost 78,000 and has over 330,000 fans on Musical.ly.Aside from creating funny contents, some of their videos also sort to inspire their age mates to be themselves and stay no matter what they are going through. This seems to be working pretty well as the youth patronise their videos.