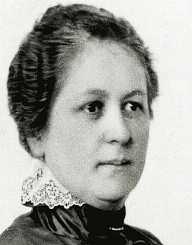 The introduction of liquid paper came to cover up the blunders that we usually make when writing or re-writing a book or paper. As they say, every story starts somewhere, and Bette Nesmith Graham showed us that it also ends with inspiration. Hailing as a hardworking secretary and a single mother, who raised a son all by herself, there is no doubt that she tried anything to make ends meet. Well, she isn’t known as a chemist but an inventor and discoverer of the Liquid Paper Correction Fluid. It might be defined as one of the simplest discoveries on earth, but it carried a huge investment as time passed. Bette’s decent life and humble background made her not to step a foot in high school. However, this didn’t hinder her from achieving her best in life. In fact, she fathomed more, unlike her colleagues. Read further to know more about her early and later success.

On 23rd, March 1924 Bette Nesmith Graham was first seen in the world in Dallas, Texas. At 19 years of age, she got married to Warren Nesmith. After living with her husband for some time, she opted to look for a part-time job. It was here that she went to work as a secretary in Texas. She also managed to study for her General Education when not busy with her new position. After a while, Bette opted to part ways with her husband after the end of WWII. She was left alone to take care of her only son, Michael singlehandedly.

At first, Nesmith didn’t want to venture into a secretarial job; she loved arts including painting and drawing. But she was loved because of her creative and tremendous work. This is what gave her a chance to be appointed at the Texas Bank and Trust as an executive secretary in 1951.

It was during Bette’s days that electric typewriters gained more fame across the world. The invention of the new typewriting machines gave someone a chance to type with extreme speed. However, it was quite difficult to erase the ink in the case of any emerging mistakes. Graham was one of the few who got devastated when spending too much time in editing than typing. In that tone, she opted to paint an error instead of erasing it completely. This is one the few tricks that she came to employ when she was working as a secretary.

After few trials and fails, Bette tried an odorless and colorless paint with a watercolor brush. She took the paint with her to the office which made her work easier than usual. Without a doubt, his technique worked beyond her belief. It was then that she opted to sell and make several bottles and in the process, she made tons of money.

With a never give up soul, Graham went on with her experiment till when she came up with a picture-perfect combination. She came to name her final product as Liquid Paper in 1958.It was there that her trademark flourished and in 1975 she served as a distributor of her own company. According to sources, Bette’s product received more demand in over 40 countries.

In the mid of 1979, Bette Graham decided to sell her company to Gillette Corporation for $50 million. However, she continued to participate in the final manufacture of Liquid Paper. Afterward, she came to accept that her invention would come to help the world and beyond.

Throughout her career, Bette managed to establish two essential foundations that supported women’s endeavors. They include The Gihon Foundation, women’s scholarships, and counseling. Sources say that Bette passed away six months after selling her Liquid Paper business at 56 years of age. There is little to glean information about her death.