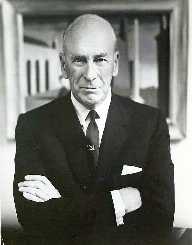 George Francis Abbott was born 25th June 1887, to George and Hannah Abbott. He was born in Forestville, New York, in the United States. The family moved around when Abbott was young. His father was a politician, and he was twice elected mayor in Salamanca.

Abbott went to Kearney Military Academy in Wyoming. The family moved back to New York some years later, and Abbott studied at Hamburg High School. He graduated in 1907.

He then studied at the University of Rochester, and he graduated in 1911 with his Bachelor of Arts.

Abbott then studied playwriting at Harvard University. He had also begun writing plays by this time.

In 1913, Abbott began his acting career by debuting on Broadway in a production called, The Misleading Lady. At the same as he was acting, Abbott was also writing plays. His first success came with a production called The Fall Guy in 1925.

Abbott's play called Broadway was his first major success. It ran for over 600 performances, premiering in 1926.

Abbott not only worked as a playwright and writer, but he was also a director and producer. He worked in Hollywood on movies at the same time as he was doing his stage productions.

He published his autobiography in 1963, called, Mister Abbott.

Nominated for 17 awards, Abbott won ten of them. His wins included seven Tony Awards. Among his other awards and honors, Abbott was an inductee of the American Theatre Hall of Fame.

Abbott's second marriage was in 1946 to Mary Sinclair, but they divorced in 1951.

From 1968 until 1978, Abbott was in a long-term relationship with the famous actress, Maureen Stapleton. Abbott left Stapleton to marry Joy Valderrama in 1983. He was still with Valderrama at the time of his death in 1995.