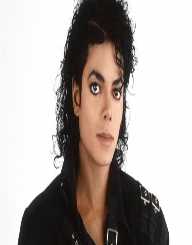 If there is one musician who has impacted an entire generation of music enthusiasts, and different genres of music, it is Michael Jackson. He was an icon during his lifetime and is still a legendary figure in the music industry. His 1982 album, Thriller, is the best-selling album in history. Jackson’s career is full of achievements as well as controversies.

Michael Jackson was the fifth son of Joseph Jackson, a crane operator and Katherine James, a homemaker. He was born in an African-American family on August 29, 1958, in Gary Indiana.

His father Joseph was a failed guitarist, but he recognized the musical talents of his sons and trained them into performers. At the early age of six, Jackson joined his brothers, and they were known as the Jackson 5.

Under the strict guidance of his father, Michael Jackson and his brothers continued to perform as the Jackson 5 and gained some popularity. It wasn’t until 1969 when they were spotted by Berry Gordy of the Motown that the Jackson brothers received huge success. After a few years with the band, Michael Jackson went solo and received phenomenal success in his career.

After Berry Gordy spotted Michael Jackson and his brothers in 1969, he along with Diana Ross took the role of their mentor. Their first album Diana Ross Presents the Jackson 5, was critically successful. It featured the song I want you back that reached the #1 spot on the Billboard Hot 100. They also recorded and released several other hit titles such as I’ll be there, and The Love You Save.

Michael Jackson’s unique voice and ability to hit a wide range of notes earned him a lot of recognition and fame.

At 13 years of age, Michael Jackson branched out of the band and started his solo career. His first successful album was, Got to Be There, which came out in 1971. In 1972, he released his first #1 single with Ben. His first critically acclaimed album Off the Wall came out in 1979. The song, Don’t Stop till You Get Enough, won him a Grammy Award.

In 1982, he released Thriller that went down as the best-selling album in history. Featuring seven Top 10 hits, this album was nominated for 13 Grammies and won 8. He also performed his world-famous move The Moonwalk, for the first time in a TV show honoring Motown, in 1983.

While doing a commercial for Pepsi in 1984, he sustained serious injuries to the face, and from then on, his interest in plastic surgery began. Over the years, Michael Jackson underwent several faces and nose surgeries, that even changed his face color.

In 1987, he released the album Bad, which featured the #1 hit song, Man in the Mirror. His last famous album was Dangerous, which came out in 1991. It featured several successful songs and topped the charts.

Michael Jackson’s highly successful career was full of several controversies partly due to his erratic behavior and partly due to media speculations. His popularity did not decline though, and he remained in the news mainly facing criticism.

In 2001, he released the album Invincible, which met with only moderate success. He was in huge debt in his later years and declared to do one final concert before retiring in 2009. The tickets sold out in under 4 hours. Unfortunately, few days before the concert, he passed away.

Michael Jackson was the center of several controversies. He was accused of child molestation on his ranch, Neverland where he used to have sleepovers with boys. Although acquitted of such charges in 2005, it brought him fierce criticism.

He was also allegedly sleeping in a special chamber to prolong his life, and accused of whitening his skin color through illegal procedures. Jackson clarified that he suffered from a disease called Vitiligo known to modify skin color.

He was also facing a $7 million lawsuit from a Saudi prince. All of this forced Jackson to limit his public appearances and had a negative impact on his career.

Michael Jackson was found dead in his LA home on June 25, 2009. He lost his life to cardiac arrest, later, the cause of death was determined to be an overdose of propofol, a painkiller. He had been taking a lot of medication to alleviate pain due to the numerous plastic surgeries.

Apart from several Grammy Awards, Michael Jackson was the recipient of many honors.

Michael Jackson was married twice in his life. His first marriage to Lisa Marie Presley, daughter of Elvis Presley lasted two years from 1994 to 1996. In the November of 1996, he married Debbie Rowe. The marriage produced two children by artificial insemination – Michael Joseph Jackson in 1997, and Paris Jackson in 1998. Michael Jackson also has a child from another surrogate after divorcing Debbie, named Prince Michael Blanket Jackson.

Michael Jackson has been given several nicknames like Wacko Jacko, The Gloved One, and MJ. As per his will, his children have largely avoided the limelight.