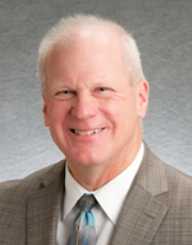 William Martin Walker was born on April 16, 1951, in Fairbanks, Alaska, United States. He is popularly known as Bill Walker. He is the fourth child of Ed and Frances Walker. During the World War II, Ed Walker was an Alaskan Scout with Castner’s Cutthroats in the Aleutians Islands. Bill’s mother worked on the Alcan Highway Project. They were Alaskan pioneers and celebrated Alaska Statehood in 1959. They survived the 1964 earthquake but were devastated and lost most of their belongings. Bill’s parents started rebuilding their fortune by concentrating on their family business of construction and hotel.

Bill Walker was raised in Delta Junction and the port city of Valdez on Prince William Sound. Due to the loss of most of their personal and business possessions in the earthquake, Bill’s childhood days were not so comfortable, and he even had to work as a janitor at the age of 12 to support his family. He worked as a teamster, carpenter, and labourer on the Trans-Alaska Pipeline construction company owned by his family to meet the expenses required for his education.

In 1969, Bill Walker graduated from Valdez High School. In 1973, Bill received his Bachelor of Science Degree in Business Management from Lewis and Clark College situated in Portland, Oregon. He joined the University Of Puget Sound School Of Law (presently Seattle University School of Law) and earned his J.D. Degree in 1983.

In 1969, Bill Walker worked as a commercial fisherman for one year in Prince William Sound. From 1970 to 1974, he was engaged in the Trans-Alaska Pipeline Company as a construction worker. During that time, he was a member of the ‘Alaska Laborers’, Carpenters’ and Teamsters’ Union. He established his own construction company named Bill Walker Construction Company operating from Valdez in 1975 and continued its operation till 1980. In 1977, he was elected to the Valdez City Council as City Attorney and as general counsel for the Alaska Gasline Port Authority.

In 1979, at the age of 27, Bill Walker was elected as the youngest member of Valdez. He served as the Mayor of Valdez till 1980. He was also the Chairman of the ‘Municipal Law Department’ in Valdez. In 1995, he established his law firm along with his wife named Walker Richards Limited Liability Company. They practiced there till 2014 specializing in the laws related to Oil, Gas and Municipality Affairs.

Bill Walker had also founded the Walker and Levesque Limited Liability Company in 1995, and he has been practicing law at the firm to date. Through his law firms, he is providing counsel for many clients of Alaska including the Alaska Gasline Port Authority and many other municipalities.

In 2010, Bill Walker challenged the incumbent Governor of Alaska Sean Parnell in the primary election of the Republican Party. Bill lost to Parnell finishing second with 33.95% of the votes against Parnell’s 49.49%. Parnell defeated his Democratic rival Ethan Berkowitz in the ensuing Gubernatorial election. In the 2014 Gubernatorial election, Bill finally decided to contest as an Independent candidate after initially declaring his intention to fight on a Republican ticket

It was the advice and encouragement received by Bill Walker from former Alaska Governor Wally Hickel since his 2010 election campaign which ultimately became the deciding factor in his decision to contest as an Independent. In a swift development, Bill made a deal with the Democratic Party Gubernatorial candidate Byron Mallott.

Bill Walker convinced Mallott to contest as his running mate replacing both Republican and Democratic nominee for the post of Lieutenant Governor in the process. They merged their campaigns which Bill announced in a Press Conference held on September 2, 2014. The Alaska Republican Party opposed the merger but The Alaska Supreme Court ruled in favor of the merger terming it as a valid action.

Bill Walker was instrumental in the creation of around 10000 future construction jobs when he signed the buyout bill for TransCanada's quarter share in the Alaska Liquefied Natural Gas (AKLNG) project. The deal was signed on November 5, 2015, and project will cost the state exchequer around $12 to 18 billion dollars. When the Gas starts flowing, the state will earn an estimated $1 to 1.2 billion dollars per year, and it will open up the job prospects as stated.

In 2015, due to the low oil price, Alaska was expecting a $4 billion annual budget deficit. To help reconcile the deficit, Bill Walker introduced some budget cuts and tax increase measures. He also proposed reinstatement of statewide income tax and a reduction of annual payment to qualified state residents to bridge the $3.2 billion deficit in the state budget.

During his days at the Puget Sound Law School, Bill Walker had met and befriended a girl named Donna. He eventually married her in 1977. He is a proud father of four children and also a very proud grandfather of four grandchildren.

Bill Walker has a penchant for outdoor activities and is quite fond of activities like Ice Skating, fishing, skiing, boating, snow-matching, and camping. In November 2016, he was diagnosed with prostate cancer and is undergoing treatment including surgery.