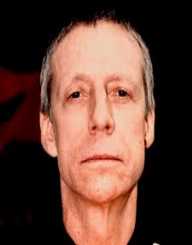 John du Pont was born on 22nd November 1938. He was an American wrestling enthusiast with a keen interest in amateur wrestling. He was also a philanthropist with the heart to support many sports like pentathlon.  He was the sole heir to the Du Pont fortunes and estate after the death of his father William Du Pont Jr placing as one of the wealthiest Americans according to Forbes magazine that ranked him with a net worth of $200 million.

He later built a wrestling academy at his ranch and naming it Foxcatcher Farm after his late father’s thorough breed horses. In his early sixties, John Du Pont started experiencing paranoia and depicting eccentric tendencies due to continuous abuse of a substance (cocaine and alcohol) leading to him killing Dave Schultz (January 26, 1996) who was a member of the wrestling team and a coach at his estate. He was convicted of the same crime even though he pleaded insanity and sent to prison where he died at the age of 70 years old.

John Du Pont was born on 22nd November 1938 as the youngest child of the four children to the marriage of William Du Pont Jr and Jean Liseter Austin. His parents however divorced when he was two years of age in 1941.  John and his siblings grew up in the Liseter Hall that was situated in Pennsylvania, a property that was given to the family as a git by the maternal grandparents. He also had another sibling, a stepbrother from his father's second marriage.

As John du Pont matured and attained a career, he developed an interest in ornithology and natural history. During this period, he went on various scientific expeditions down in the Philippines and South Pacific in which case he discovered 16 different species of birds. He also collected several thousands of birds and their eggs plus different types of seashells which he preserved in his Delaware Museum of natural history which he started in 1957 and served as the director of for many years.

John du Pont started developing a keen interest in wrestling around 1986 and joined the varsity team. The University, however, decided to drop the wrestling sport. This did not deter John; he decided to start his wrestling institution at his Newton Square Estate. The venture proved a success, and he later named the estate as Foxcatcher Farm, the institution however he named after his father’s thorough racing bred horses The Foxcatcher National Training Center. John Du Pont had so many young talents training at the center and even let some of them live in the estate like Schultz brothers.

John Du Pont on January 26, 1996, shot and killed Dave Schultz by firing three bullets before the victim’s wife and the head of security to the Foxcatcher Farm. He then continued to lock himself in his property to stop the police from arresting him. He was later captured while repairing an old water heater.

During his arraignment in court on September 1996, John Du Pont was declared psychotic and declared unfit to stand trial at the time. He was ordered into a psychiatric ward for treatment for three months. He was later presented back to court on February 25, 1997, before a jury of his peers where the same jury found him guilty by a unanimous vote. He was then given a sentence of 20-30 years for the charge of murder in the third degree and ordered to serve the same sentence in a state correctional Institution-Mercer in Pennsylvania.