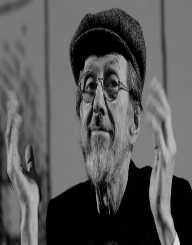 One of the founders of the highly successful underground comics, Zap Comix, Robert Crumb is a Comic Book Hall of Fame inductee. A highly acclaimed cartoonist, Crumb has created controversial and popular characters like Fritz the Cat and Mr. Natural. His work relies heavily on sexual themes, and in his cartoons, he has often mocked the contemporary American culture for its false beliefs like cartoons were meant for children only.

Born in Philadelphia on August 30, 1943, Robert Crumb grew up in a house full of arguments.  He and his four siblings witnessed their parents’ strained marriage, and the fights such a relationship brings. This probably had a profound impact on Crumb, who found Cartooning as an escape from the daily chores of this unhappy household. It also sowed the seeds of satire in his creations.

Although his teachers tried to shift his mind away from cartooning, Robert Crumb's brother Charles was a constant source of support. The duo even collaborated on some projects.

Robert Crumb was born to Catholic parents, and most of his schooling was done in Catholic Schools. As the family frequently changed places, so did Crumb with his schools. He was not liked in school, and most other children were unfriendly towards him. As a result, his interest in cartooning grew even more.

Robert Crumb's initial stint at cartooning did not give him great success. He started drawing novelty greeting cards, a job he did not like but had to do to pay the bills. The cartoons he drew during his free time went largely ignored by the comic book companies.

Harvey Kurtzman recognised Robert Crumb's talent and published some of his cartoons in Help! Magazine, but before Crumb could make it big, the magazine shut down. Ultimately, he was back at his old job drawing cards and looking for inspiration.

In 1966, Robert Crumb began experimenting with LSD, a legal drug at the time. The drug helped him open his mind, and he was motivated to continue characters with fresh insights and create new ones. Fritz, the cat, became quite popular and his other characters like Mr. Natural & Angelfood McSpade were critically well received. All these characters had numerous sexual encounters in their adventures, a theme central to Crumb’s creations.

In 1968, Robert Crumb published the Zap Comix. The series was very successful financially.

In the 1980s Robert Crumb published Weirdo, a magazine which was moderately successful. A seventeen-volume Complete Crumb Comics series was released from 1987 to 2005.

In the latter part of his career, Crumb’s creations took on a more autobiographical tone. Throughout his career, he collaborated with several other cartoonists including Charles Bukowski, David Mairowitz & more.

In 1990, Robert Crumb received the Harvey Special award for humour. He also won the Angouleme Grand Prix in 1999.

In September 2006, Crumb was honoured as one of the Masters Of American Comics at the Jewish Museum in New York.

Born as a Catholic, Robert Crumb gave up his religious views by the age of 16. He married twice in his life. His first marriage to Dana Morgan in 1964 brought them a son named Jesse.

In 1978, the couple divorced. The same year, Robert Crumb married Aline Kominsky, another cartoonist. The duo has partnered on several projects together. Crumb has a daughter named Sophie from his second marriage. Born in 1981, she has followed the footsteps of her parents and taken up a Cartooning career.