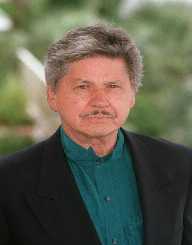 American actor Charles Bronson was born on the 3 November 1921 in Ehrenfeld, Pennsylvania. He was born into poverty and was one of 15 children. His parents were Lithuanian immigrants Walter and Mary Buchinsky. When he was ten years old, his father died, and by the age of 16, Bronson was working in the local coal mines to help support the family. His father was of Lithuanian Tartar descent, and Bronson grew up speaking both Russian and Lithuanian.

During World War II (1939-1945), Charles Bronson was drafted into the U.S. Army and saw service in Guam as a member of the 760th Flexible Gunnery Training Squadron.

After the war, Charles Bronson did various menial jobs to earn money before becoming interested in acting. He moved to California and enrolled in acting lessons and also became a member of the Pasadena Playhouse. An early role was a minor part of You’re In The Navy Now (1951) which starred Gary Cooper.

Charles Bronson began to find work in television and appeared in Bonanza, Big Valley, Rawhide and Gunsmoke, all popular Western television series. He also was in the films Machine Gun Kelly (1958), The Magnificent Seven (1960), The Great Escape (1963), The Sandpiper (1965), Battle of the Bulge (1965) and The Dirty Dozen (1965). In the late 1960s, Bronson made a film with French actor Alain Delon entitled Adieu l’ami. It was a success in Europe and led to other European roles which brought Bronson international fame.

Bronson had a big hit with Death Wish (1974). The success of the film, where he played an architecture turned vigilante, resulted in four sequels and cemented his image as a tough guy.

Charles Bronson was named the number 1 international box office attraction outside of Hollywood by the Hollywood Foreign Press Association (1972). He also won a Golden Globe for being the world’s most famous actor.

Charles Bronson died on the 30 August 2003 in Los Angeles. He had been suffering from pneumonia.