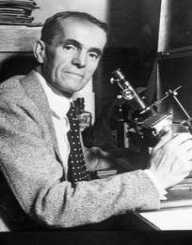 American Astronaut Walter Sydney Adams was born on December 20, 1876. He was born in the Turkish dominions of North Syria at Kessab near the ancient city of Antioch. The town was situated on the slopes of Mount Casius. Walter was the youngest of the five children of his missionary parents. His father was Lucien Harper Adams and mother was Dora Francis Adams.

The place of his birth on the slopes of Mount Casius had a spectacular view of the ancient cities of Daphne, Antioch, and Seleucia lying below in the Orontes River valley. The island of Cyprus on the far West, Taurus Mountain range on the North, and snow-capped peaks of the Lebanon range complemented the unique scenario of its surroundings. However, there was no local school available there at Kessab.

Walter Adams' mother was a graduate of Mount Holyoke College, South Hadley, Massachusetts, USA. She took upon herself to teach her three surviving children during their stay in that remote region. Their father was a graduate of Dartmouth College and Andover Theological Seminary. He complimented their mother by giving historical lessons to his wards.

He also traveled with them to various destinations on missionary trips. Since he possessed a deep-rooted interest in history and classical languages, he also taught his children about the campaigns undertaken by the local historical legends like Alexander the Great, Darius, Romans, Turks, the Crusaders, and the Seleucids.

The Adams family returned to Derry, New Hampshire in 1885 in order to impart formal education to their children. Walter Adams had his elementary education at Pinkerton Academy in Derry and later studied at St. Johnsbury Academy in Vermont and Phillips Andover Academy in Massachusetts. Upon completion of his high school graduation, he joined Dartmouth College.

He graduated from the college with the highest honors in 1898. Though, at one point of time, he was considering studying his favorite classical languages like Latin and Greek, one of his beloved teachers Edwin B. Frost ignited his interest in Astronomy.

At the behest of Frost, Walter Adams followed him to the Yerkes Observatory. Frost was in-charge of the department of stellar spectroscopy there. Thereafter, he advised Walter to join the Yerkes Observatory. The advanced features of the observatory made it possible for Walter to gain hands-on experience in practical astronomy. He further enhanced his knowledge of Astronomy studying at the University of Chicago and the University of Munich, Germany.

CAREER AS AN ASTRONOMER

While gaining experience at the Yerkes Observatory, Walter Adams came in touch with the magnetic personality of its director Professor George Ellery Hale. Upon completion of his one year study at the University of Munich, Walter joined Hale as his assistant. He also helped him in establishing the Mount Wilson Observatory in Southern California in 1904. Beginning as one of the original staff members of the observatory, he went on to become its director. In 1923, he became the director of the observatory and served the post until 1945.

As a distinguished astronomer, Walter Adams' major achievement was the spectroscopic studies of the sun which culminated in the discovery that the sunspots contain low temperature, and it has a stronger magnetic field than its surroundings. Along with Arnold Kohlschütter, he devised a spectroscopic method to ascertain stellar distances. Their studies proved that the absolute magnitude of both giant and main sequence stars could be deduced by using the relative intensities of spectral lines. He successfully measured the differential rotation of the sun by using photography.

The concept of white dwarf stars whose per unit surface area is much brighter than the sun in spite of their similar or slightly larger size was first introduced by Walter Adams himself. Working alongside Theodore Dunham, he first unearthed the fact that there is a strong presence of carbon dioxide in the infrared spectrum of the planet Venus. His active presence was instrumental in planning to install the 200-inch (5,080-millimetre) telescope for the Palomar Mountain Observatory.

Walter Adams married Lillian Wickham in 1910. She died a decade after their marriage in 1920. After the unfortunate premature demise of his first wife, he married Adeline L. Miller in 1922. She survived him. They together had two sons.

After having shouldered the responsibility of the management of the Mount Wilson Observatory for more than 35 years, he retired in 1946. However, he continued his research after his retirement at the Hale Solar Laboratory in Pasadena, California. He died on May 11, 1956, at his home in Pasadena after suffering a stroke in April in that year. The Catherine Wolfe Bruce Gold Medal was awarded to him in 1928 by the Astronomical Society of the Pacific for his outstanding lifetime contribution to astronomy.