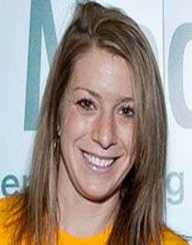 Born as Hannah Angela Kearney in Hanover, New Hampshire on February 26, 1986, she learned how to skate at the tender age of 2. Her parents were Tom and Jill Kearney.

Her mother currently works as the director of Norwich Recreation Department wherein she actively promotes youths to engage in sports. Kearney resides in Norwich, Vermont where she grew up.

Apart from Vermont, Hannah Kearney also spent a part of her childhood at Montreal, where her mother originally came from. Because of this setting, she regards herself as half-Canadian.

When Kearney was 9, she entered a freestyle program of a local competition held in Waterville Valley Resort held by Nick Preston. Upon seeing her potential, Preston took it to himself to become Kearney’s coach.

While juggling her training lessons under Preston, she continued her studies and graduated from Hanover High School.


The Road to National Acclaim and Success

Due to her long string of success, it was only a matter of time before Hannah Kearney took on the challenge at the 2006 Winter Olympic Games. The event was held in Turin, Italy wherein she was already eyed as the forerunner for the gold medal until she stumbled during the qualifying run and ended up at the 22nd place, losing her chance at advancement.

To add salt to injury, she suffered an injury the following year in 2007 wherein her ACL tore, and she was forced to take a break from the sport.

Forced to take a break due to her injury, Hannah Kearney utilized the time by prepping for a comeback by rekindling her love for the sport.

She earned a spot at the US Olympic Team during the Olympic Trial Event held in December 2009. Despite struggling with the traumatic outcome from her previous Olympic event, she managed to turn in the fastest time during the qualifying run and beat Canadian representative Jennifer Heil from winning the moguls gold medal.

As Hannah Kearney overcame the trauma, she went on to participate and won several events. In October 2012, Kearney met an accident wherein she crashed and punctured a broke some of her ribs. She recovered in due time to participate in the World Championships and won said event making her one of the gold medallist forerunners for the 2014 Olympics.

The 2014 Olympic Games was held in Sochi, Russia. Kearney came first in the qualifying rounds wherein she competed under the category of ladies’ freestyle skiing moguls.

Hannah Kearney hoped to bag another gold medal for the team but failed to do so due to slight faltering on her first jump which in turn led her to win the bronze medal. Kearney stated later on that she intended to continue her skiing career however she decided that the 2014 Sochi Olympics was her final competition in the Olympic Ring.