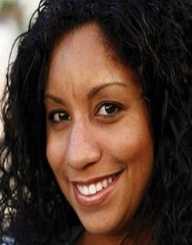 Maritza Correia is one of the first Afro-American female athletes who won numerous awards in the world of swimming and is one of the first black women to enter the US Olympic team. Correia also serves as famed sportswear brand Nike's model and as a spokesperson for Billie Jean King's foundation called the Women's Sports Foundation.

Maritza Correia was born in San Juan, Puerto Rico on December 23, 1981, as the youngest of three children. Her family has long been associated with sports as her mother was a former tennis player while attending university in London and her father being a crew member for the team.

She later joined the Brandon Blue Wave Swim Club in 1990 and started competing on local swim tournaments. One of her earlier achievements was when she won the 100-meter freestyle while attending Tampa Bay Technical High School. Her triumph at the 100-meter relay earned her a spot in the national junior swim team. Around the same time, she graduated from high school in 1999 wherein she also won the 50-meter freestyle event for minors making her the US National Champion of the same year.

Olympic Attempt and Success as well as Other Ventures

The following year in 2001, Maritza Correia tried and failed to enter the lineup of the 2000 US Olympics Swim Team. Her failure to join the lineup led her to a depressed state that lasted for months. She gradually regained self-worth and began training for collegiate season's swimming competitions as compensation and a way to get back on her feet. With the aid of her friends and coaches, while attending the University of Georgia, she managed to regain self-worth and trained again to enter the swim team.

Maritza Correia cemented her place in history as the first African-American woman to earn a spot on the US Olympic Swim Team of 2004. As part of the team, her contribution consisted of the silver medal for the 400-meter relay race at the Summer Olympic Games held in Athens, Greece. She continued swimming the following year in 2005 despite the growing pain in her shoulder and won four gold medals at the 50-meter freestyle, 400-meter freestyle relay, 800-meter freestyle relay, and 400-meter medley relay at the World University Games held in 2005.

Two years after the event, she participated and won the gold medal at 400-meter freestyle relay and medley relay at the 2007 Pan American Games before retiring in December 2007 of the same year.

Maritza Correia's career as a professional athlete was cut short due to developed arthritis on her right shoulder as a result from all the strenuous activities, as well as suffering from rotator cuff problems on both shoulders. She swam one last time on December 2007 at the USA Nationals before retiring from the sport.

Three years after her retirement from the sport in 2007, she tied the knot with Chad McClendon in 2010 and gave birth to her child in 2012.