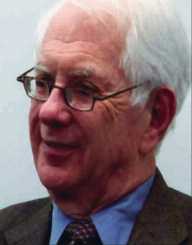 Sheldon Lee Glashow is a renowned American Physicist who won the Nobel Prize in physics in 1979 for his contribution to the formulation of the electroweak theory.

Sheldon Lee Glashow is the Metcalf Professor of Physics and mathematics, working at Boston University. More so, Sheldon is also part of the Board that sponsors the `Bulletin of the atomic scientists.’ For a young age, Glashow was brilliant and scientifically inclined.  After attaining his Ph.D. at Harvard University, Sheldon continued working there in the Physics department. Sheldon came to fame in the 1960s as a result of his work on electroweak theory.

Sheldon Lee Glashow was born on 5th December 1932, in New York. His parents were Lewis Gluchovsky and Bella who were Russian immigrants. Lewis was a very hardworking plumber, and as a result, he was able to maintain a middle-class life for his family. Glashow’s parents were poor and were determined to provide the best education possible for their children. The family consisted of two other elder brothers to Glashow. The two brothers preferred careers in the medicine and dentistry sectors, while Glashow favored becoming a scientist.

Sheldon Lee Glashow went to Bronx High school of science, whereby he graduated in 1950. While there, he was in the same class with Steven Weinberg with whom he shared the Nobel Prize later in 1979. Sheldon joined Cornell University and graduated in 1954 with a degree in Bachelor of Arts. He then attained a Ph.D. in physics from Harvard University in 1959, for his thesis entitled `The Vector Meson in Elementary Particle Decays.’ In his Ph.D. studies, he worked with a Nobel-laureate physicist named Julian Schwinger. Together, they published a paper on weak-electromagnetic Unification.

Sheldon Lee Glashow then underwent a post-doctorate fellowship at Niels Bohr in Copenhagen and CERN.  At the time, Sheldon was also offered work at the Lebedev Institute in Moscow and planned to move and work there. However, Sheldon's visa was delayed and was never processed, hindering his travel. Nevertheless, he did not view this as a setback but a blessing since he spent his time alternatively on working on the `SU (2) x U (1) structure of the electroweak theory’.

In 1962, Sheldon was employed as a professor at the University of California where he worked until 1966. In association with James Bjorken, they predicted a fourth quark named the Charm quark in 1964.

Sheldon Lee Glashow began working as a professor with Harvard physics department in 1966. Sheldon advanced his project on quarks. In 1970,  another discovery was formulated via the GIM mechanism that the two quark pairs, i.e. (u.c) and (d.s)  They found out that the two quark pairs cancel out neutral currents that were flavor changing.

This prediction resulted in the removal of a technical disaster for any given quantum field whose number of quarks and leptons was not equal. In association with Howard Georgi, he then proposed the grand unified theory in the year 1973.

DuringSheldon Lee Glashow's career, he has worked as a visiting scientist at Cern. Also, he worked as a professor at the University of Marseilles, Boston University and the University of Houston. Sheldon has been part of research in many areas for example; electroweak symmetry breaking, cosmology, the big bang theory and dark matter.

He was awarded a joint Nobel prize in physics in 1979 with Abdus Salam and Steven Weinberg.

Sheldon Lee Glashow proposed the Georgi-Glashow model in collaboration with Howard Georgi. The model is a Particular grand unification model.

He contributed significantly to the Unity of electromagnetism studies as a result of his research on electroweak theory.

Sheldon Lee Glashow got married to Joan Shirley Alexander in 1972. They have four children together.