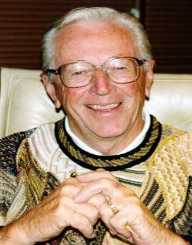 Charles Schulz was a cartoonist, illustrator, and writer. He was greatly recognized for his contribution to the art and cartoon industry. He was the creator of Peanuts, the comic strip which became a huge part and influencer of the American world of Cartoons

Charles Schulz was born on the 26th of November 1922 in Minneapolis, Minnesota, United States. He grew up in Saint Paul, Minnesota. He attended school at Richards Gordon Elementary School in Saint Paul and later at the Saint Paul Central High School. His parents were Carl Fred Schulz, a barber and Dena Halverson, a housewife. He was their only child. He had an uncle from whom he got the nickname Sparky, inspired by a horse named Sparkplug from a comic strip, Barney Google.    ’

While still in School at Central High, Charles Schulz pursued his interest in art by enrolling for a distance learning course at Art Instruction Inc., a school that provided training in cartooning and illustration.

Charles’s mother took ill with cervical cancer. He was very close to his mother. Thus the fact about her health was kept from him until he found out shortly before her death in February 1943. She was fifty years old. Her death devastated Charles.

Just days after the passing of his mother, Charles Schulz left Saint Paul, Minnesota to Campbell, Kentucky where he resumed his stint with the United States military service for which he had been drafted.

Upon his discharge from the Military in 1945, Charles Schulz went back to Art Instruction Inc. but this time as a teacher.

While Charles Schulz was there, he pursued his career as a cartoonist. He began to create one-panel cartoons which he sold to the Sunday Evening Post. He also created one-panel strips titled li’l folks for St Paul Pioneer Press from June 1947 until it was dropped in January 1950.

He kept his job at Art instruction Inc. until he was financially able to quit and became a full-time cartoonist.

While he illustrated for St. Paul Pioneer Press, he started to pursue syndicate contracts. Charles Schulz applied and was rejected a few times until he was finally accepted to do a four–panel strip for the United Feature Syndicate. There was only one problem. The Syndicate gave a condition that the name li’l folks had to be changed because it sounded too similar to two other comics they were running at the time, li’l Abner and Little Folks. The name was changed to Peanuts. Schulz was not too happy about it.

He had complained that the editor had not even looked at the cartoon but had randomly chosen from some names he had jotted on a sheet of paper. He said the name made the cartoon sound too regular. Charles Schulz had tried to have it changed to Good old Charlie Brown, but it had not been considered. He conceded when the Syndicate compromised on having his strip feature on Sundays which was a sort of prime time for comics at the time.

Peanuts began to run in seven newspapers on Sunday evenings in October 1950.

Charles Schulz also contributed single-panel strips in Young Pillars which featured teenagers for the Youth Publication Association between 1956 and 1965. And in 1957 and 1961 he illustrated two volumes for Art Linker's Kids Say The Darndest Things. These were amongst other minor projects. He could not commit to any major projects as Peanuts had become a huge comic and financial success and also very time-consuming.

The peanuts cartoon ran Fifty years, beginning as a Sunday comic strip in seven newspapers in the United States and grew to a daily strip in 2600 newspapers in seventy-five countries with more than 350 million readers.

Peanuts detailed the everyday struggles of Charlie Brown, the lead character, and his relationship with his friends among whom he was bullied, often ostracized and sometimes encouraged. Charlie Brown was a regular everyday boy. He had a dog snoopy whose character seemed to have been inspired by the cartoon creator’s dog Spike. There was Linus, his blanket totting best friend. There was Patty an early love interest who took pleasure in tormenting Charlie Brown along with her friends Violet and Lucy. There was freckle-faced Peppermint Patty and dirty Pig Pen. His sister, Sally Brown, featured prominently and was famous for sayings like ‘Happiness Is A Warm Blanket, Charlie Brown’ which was made into a television special in 2011.

There was also a short-lived television series ‘The Charlie Brown And Snoopy Show’ which aired from 1983 to 1985. ‘You are a good man, Charlie Brown’ was adapted into a theater musical and became one of the most popular high school musicals in the 1970s.

In all the years when the comic strip ran, Charles Schulz ensured that he was the only one to draw or write for it. Peanuts became known as the longest story ever told by a single person.

It grossed over one billion dollars in revenue for the creator during his lifetime.

Charles Schulz was recognized as one of the greatest cartoonists of his time.

He received several awards in recognition of his work, beginning with National Cartoonist Society’s Reuben Award in 1955 which he received again in 1964 as the first two-time winner

Charles Schulz received other awards like the Society’s Segar Award in 1980, the Milton Caniff Lifetime Achievement Award in 1999 and several others.

Apart from awards relating to his career as a cartoonist, Charles was also given humanitarian awards like The Buffalo Award, the highest award given by the Boy Scouts of America, for his service to the American youth.

Charles Schulz was also inducted into the United States Hockey Hall of Fame in 1993 for his contribution to the ice sports.

Charles Schulz like his Peanuts Character Charlie Brown was shy, withdrawn and a bit melancholic.

He poured his whole heart and lifetime into his work. Even while his illness in his later years had started to take a toll on him, he continued to draw till he drew and wrote the last original comic which came out the day after his death.

Apart from comics, Charles Schulz was very much involved in the ice sports. He also played Bridge and expressed an avid interest in art.

Charles Schulz suffered from unrequited love from a fellow employee at Art Instruction Inc., Donna Mae Johnson who turned down his proposal and married someone else. She inspired the character of the Little Red-Haired Girl in Peanuts for whom Charlie Brown had unreciprocated love.

In April 1951 Charles Schulz Married Joyce Halverson and together they had four children, Monte, Craig, Jill, and Amy.  His marriage started to hit the rocks by 1970 when it became known that he was having an affair with a twenty-five-year-old woman named Tracey Claudio. The marriage was eventually dissolved in 1972. The following year Charles Schulz married Jean Forsyth Clyde with whom he remained married till his death.

In the 1980s Charles Schulz started complaining of shaking hands. He said his hands shook so much that he had to hold his wrist while drawing. He was erroneously thought to have Parkinson’s disease. It was not discovered that he had Colon cancer until after he had suffered several small strokes along with a blocked aorta and his cancer had metastasized.

Although the Original Peanuts comics outlived him by a day, that was not the end of the life of the cartoon. Reruns of the comic are still being featured in several newspapers and online publications today.

Television specials continued to be shown until they numbered forty-five in total. A movie adaptation ‘The Peanuts Movie’ was released on the 6th of November 2015 in commemoration of the sixty-fifth anniversary of the strip.

A Charles M Schulz Research Centre has been established in by his family in Santa Rosa.

Till date Peanuts still generates a lot of revenue for Charles Schulz’s estate. As of 2006, Charles Schulz was ranked by Forbes as the third highest-earning deceased celebrity