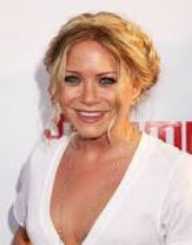 Mary-Kate Olsen was born on June 13, 1986, in Sherman Oaks, California. She was born to her mother, Jarnette “Jarnie” Olsen (nee Jones), and her father, David Olsen. She has a twin, Ashley, with whom she acted alongside from infancy through her teenage years.  Besides Ashley, Mary-Kate has an older brother, Trent Olsen as well as a younger sister, Elizabeth Olsen. In 1996, Jarnie and David Olsen divorced. Eventually, David Olsen remarried and had two children with his second wife, giving Mary-Kate two half-siblings, Taylor and Jake Olsen.

Mary-Kate Olsen, along with her twin Ashley, found acting success at nine months old when the two infants were cast to play Michelle Tanner on the ABC sitcom Full House. Full House ran for eight seasons, from 1987- 1995, and broadcast nearly 200 episodes by the end of its run. As the young and spunky Michelle, the Olsen twins’ careers took off and the two became household names. Michelle Tanner’s catchphrase, “You Got It Dude!” also became a part of the public vernacular. As the production team behind Full House did not want the audience to know that twins were playing the single role of Michelle, the girls were listed as “Mary-Kate Ashley Olsen” in the credits of the show.

Following the success of Full House, Mary-Kate and Ashley found significant success as teen idols. From a feature and direct-to-video films to music videos, a clothing line sold at Wal-Mart stores, books, toys and games, the girls were a staple of the teen market in the late 1990’s and early 2000’s. The girls operated these business entities under the name DualStar Entertainment, and sales of these products were estimated at over $1 billion per year.

The girls also starred in a second ABC sitcom, Two of a Kind, which aired from 1998-1999. This time, the girls played separate roles as fictionalized versions of themselves (Mary-Kate and Ashley Burke). The show lasted for 22 episodes, ending after one season. The girls also starred in the Fox Family sitcom So Little Time, another teen-focused sitcom which even lasted one season, this time due to network issues. Mary-Kate Olsen also took on a few small solo acting roles, including a stint on the Showtime comedy-drama Weeds and a guest role on the ABC sitcom Samantha Who?

By the late 2000’s, both girls had expressed interest in retiring from acting to focus on their fashion careers. In 2012, both Mary-Kate and Ashley had formally announced their retirement from acting.

Beginning in 2004, Mary-Kate and her twin sister Ashley entered the New York University Gallatin School of Individualized Study. The girls did not finish their degrees at NYU but instead left to pursue their fashion careers.

Following the public’s interest in the twins’ fashion choices in their teen years, both Mary-Kate and Ashley Olsen became interested in the world of fashion. This began with the twins’ first fashion line, which was marketed to girls aged 4-14 and sold at Wal-Mart stores across the United States.  The girls also launched a beauty line marketed toward a similar age bracket.

In adulthood, the girls head up several fashion lines including “The Row,” “Olsenboye,” “Elizabeth and James” and “The Mint.”  The girls were also the faces of high-end designer Badgley Mischka in 2006.  The girls also co-authored a book, Influence, which features interviews with fashion designers who the girls see as inspirations in their fashion careers.

The girls have been nominated by the Fashion Designers Council of America annually since 2014 for their contributions to fashion through their “The Row” line, taking home three wins. The girls were also nominated by the Wall Street Journal in 2012 as Fashion Innovators of the Year and won.

Both girls have been active philanthropists throughout their fashion careers. This has included a collaboration with TOMS Shoes, in which the girls created shoes to be given to children in need in more than 20 different countries. The girls are also notable members of the Council for Fashion Designers of America (CFDA), a not-for-profit trade association which includes nearly 500 American fashion, accessory and shoe designers.

Mary-Kate has battled anorexia nervosa (a severe eating disorder) from her teenage years. While rumors circulated for many years about Mary-Kate’s frail frame, it was not until her 18th birthday that she addressed the rumors. Mary-Kate entered a rehabilitation facility for her disordered eating, and she is still in recovery today.

Mary-Kate Olsen was close friends with actor Heath Ledger at the time of his unexpected death in January 2008. Investigators questioned Mary-Kate about her potential involvement in helping to supply the drugs that killed Ledger. However, Mary-Kate declined to comment on the matter without legal immunity. However, her attorney prepared an official statement for both the press and investigative team, which concluded that Mary-Kate had no involvement in the death of the actor.