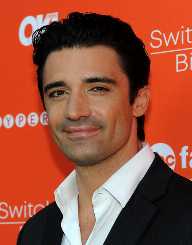 Actor Gilles Marini was born on the 26 January 1976 in Grasse, France where his family owned a bakery. His mother is Italian and his father, Greek. After high school he did his military service in the French Army, working as a fireman in the Fire Brigade in Paris.

During his time in Paris, he began modeling. Gilles then went to the United States to work as a model and began to appear in television commercials. This led to an interest in acting, and he made his film debut in Screech of the Decapitated (2005).

A naturalized US citizen (2012), Gilles is married to Carole, and they have two children, daughter Juliana and a son Georges. The family live in Southern California.

He enjoys sport and is a soccer fan, playing for the Hollywood United Team.  He is also a supporter of the Los Angeles Lakers.