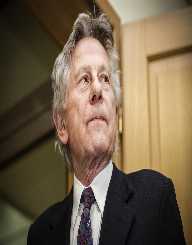 Roman Polanski is an award-winning film producer and director. He is known for his complex and controversial figure for sexually assaulting a minor.

Roman Polanski is the son of Bula and Ryszard Polanski born on August 18, 1933, in Paris. His father was a Jew and a painter who manufactured sculptures while his mother was of a Russian Origin and a Roman Catholic. Later in 1936, the family moved to the city of Krakow.

Due to the outbreak of World War II, Polanski attended school at the age of six for a few weeks before all the Jewish children were expelled. After his expulsion, he was not allowed to get into any class for the next six years.

During this period, Roman Polanski witnessed the invasion of German forces into Poland and the deportation of Jews, including his father, to concentration camps. Later on, his father was transferred to Mauthausen in Australia, while his mother was transported to Auschwitz where she was killed after arrival.

In 1943, he managed to escape Poland with an assumed name and settled in with a Roman Catholic family who promised his father they would take care of him. His effort to blend in with Catholic traditions failed and was forced to move out to an atmosphere filled with violence by the German troops.

By the end of the war in1945, most Polish Jews were killed. However, Roman Polanski was reunited with his father, and they moved back to Krakow. Surprisingly, with time, the family contacts was repaired. On December 21, 1946, his father re-married Zajaczkowska who died in 1984 due to cancer.

From an early age, Roman Polanski was fascinated with Cinemas and enjoyed watching films at school or a local cinema. In 1947, he was influenced by the film, ‘Odd Man Out’ to pursue a career in filming.

Roman Polanski enrolled at the National Film School in Lodz and started acting in 1950 and made his first appearance in the film, ‘A Generation’ in 1954. In the same year, he performed in ‘Enchanted Bicycle or Magical Bicycle,’ and three years later in 1955, he directed his first film titled ‘Rower (Bicycle)’ which he played the leading role.

During his stay at Lodz, he made short films such as ‘Two Men and a Wardrobe’ in 1958 and ‘When Angels Fall’ in 1959 and graduated the same year. Polanski also made two short films, ‘The Fat and the Lean’ and ‘Mammals’ in 1961.

Notably, Roman Polanski made his first feature-length film in 1962 titled, ‘Knife in the Water’ about a wealthy but unhappy married couple which took a hitchhiker alongside with them during a weekend boating excursion. This film sold successfully with Polanski receiving international acclaim and earning an Academy Award Nomination.

Additionally, he left Poland to France where he produced the film, ‘Les plus belles escroqueries du Monde’ (The Beautiful Swindlers) in 1964. Although during this period the film industry did not support filmmakers of foreign origin, he made three films in England based on scripts he wrote.

By 1967, Polanski played the role of Aft red in the film, ‘The Fearless Vampire Killers’ which was his first feature to entail rich textured color schemes with striking visual style. Jack McGowan wrote this movie and played the lead role of Professor Abronsius.

Later in 1968, Roman Polanski moved to America to direct a horror-thriller film titled, ‘Downhill Racer’ based on the novel, ‘Rosemary’s Baby’ by Ira Levin. The Hugh Hefner and playboy productions funded the film, ‘Macbeth’ in 1971 that was aired in Playboy Theatre. This film featured 'violence' a project Polanski wrote following his wife’s murder.

In collaboration with Gerard Brach, Polanski wrote a comedy based on Themes of 'Alice in Wonderland' and Henry James titled ‘What?’ in 1973. The following year, he directed ‘Chinatown’ that garnered tremendous success in America as the best mystery crime movie and earned 11 Academy Awards Nominations.

Roman Polanski returned to Paris in 1976, where he directed his film, ‘The Tenant’ based on a 1964 novel and played the leading role. In 1979, he directed ‘Tess’ dedicated to his late wife, Tate which received positive reviews and financial success. This followed other films such as ‘Amadeus,’ ‘Pirates’ and ‘Frantic.’

In the 1990’s he directed films such as ‘Bitter moon,’ ‘Death and the Maiden,’ ‘The Fearless Vampire Killers’ ‘Stuttgart,’ ‘The Ninth Gate’ and ‘Budapest.’ On March 11, 1998, he became a member of Academie des Beaux-Arts.

In 2001, Polanski filmed ‘The Pianist’ that depicted the Polish Jewish Persecutions during World War II, which won Palme d’Or and Cesar’s awards in 2002 and a Crystal Globe award in 2004. He then made ‘Oliver Twist’ in 2005 based on ‘The Pianist’ and ‘The Ghost Write’ in 2010 that had Polanski winning a Silver bear and Four Cesar Awards.

In 1959, Roman Polanski married Barbara Lass and divorced in 1961. On January 20, 1968, Polanski married Sharon Tate. An unfortunate event occurred on August 9, 1969, and she was murdered in Los Angeles alongside four other people.

In 1978, Polanski became a fugitive in America facing arrest and extradition that limited his work. In 1989, he married Emmanuelle Signer, and they have two children together.