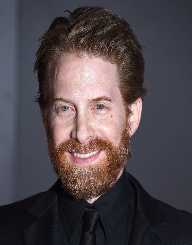 Seth Green is a comedic actor born on February 8th, 1974. He is best referred to as Oz a name from Buffy the Vampire Slayer. The talented actor has won numerous Emmy Awards through the show Robot Chicken which he created and produced. Also, Seth has featured in Rat Race, The Italian Job, Family Guy and Without a Paddle among other films. Among his premier films was The Hotel New Hampshire in 1984. The film starred actors like Rob Lowe and Jodie Foster. In the Austin Powers films, he acted in the role of Scott, the son of Dr. Evil.

Seth Green was born on February 8th, 1974 to a Jewish family. His place of birth was in Philadelphia Pennsylvania in the United States. He is the son of Barbra an artist and Herbert Green a teacher. At the age of six, his uncle played a key role in launching his acting career. The young artist began his career with many commercials for companies such as Burger King and Kodak.

In 1984, Seth Green officially began his film roles. He acted his first film The Hotel New Hampshire that year where he starred with Rob Lowe and Jodie Foster. Later, he also played a role in Radio Days in 1987. The film was a great success. As a result, it earned some awards.

After the success of Radio Days, Seth’s career took a positive turn. He was offered roles in many films including My Stepmother Is an Alien in 1988. In 1990, he was also offered a role in Pump Up the Volume. In the same year, Seth also featured in It as Young Richie Tozier.

The year 1997 marked a turning point to Seth’s acting career. His role in Austin Powers: International Man of Mystery by Mike Myers. In the film, he acted the role of Scott Evil. In 1999, he took the role to a higher notch in the series The Spy Who Shagged Me.

Meanwhile, he made many guest appearances on Buffy the Vampire Slayer, a hit TV series. With time, he became a regular character in the show.

Seth Green has also played a role in animated series such as Family Guy in 1999. In the series, he is the voice of Chris Griffin’s oldest son. The show is a great hit.

In 2005, Green along with Mathew Senreich developed Robot Chicken, an animated comedy series. He then used his voice for many of the characters in the series. Additionally, Seth Green has also lent his voice to the 2014 Teenage Mutant Ninja Turtles, a popular series.

Seth Green tied the knot with Clare Grant in May 2010. She is an actress.