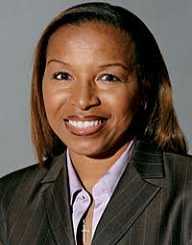 Cynthia Cooper is reputed as one of the best female basketball players to grace the playing court.

She was born Cynthia Cooper in Chicago. Her birthday is recorded as 14 April 1963. She was one of the seven children in the family. Her parents Kenny and Mary Cooper separated when she was a little girl. Left with raising her eight children Mary Cooper relocated to Los Angeles.

Cynthia Cooper went to Locke High School. She then joined the University of Southern California. From an early age, Cooper was an athletic person. In her high school years, she participated on the track events. She won the national championships with her school in track relays and hurdles. She then turned to basketball. Her talent was spotted as she went on to win numerous titles.

She was given a sports scholarship to study at the University of Southern California. Again, her contribution to the basketball-crazy college was immense. She led her college to win major titles in the national college championships. They were finalists in the national championships in two consecutive years, which is 1983 and 1984. Cooper left the college in 1986 but never graduated. She, however, went back to college and graduated in 2010. This was at the Prairie View AM University.

Cynthia Cooper headed to Europe for her professional career in 1986. By then, the US had no professional women basketball league. Cooper spent a decade playing in the top European basketball competitions. She first went to Spain during the 1986/1987 season. Cooper then moved to Italy where she played for two teams in nine years of playing.

When the US started the women basketball league in 1997, Cooper was part of the inaugural season. She played for the Houston Comets until 2003. Her distinguished playing record is still unmatched. During her stay at Houston, she was named the Most Valuable Player in all the four championships finals she participated. She became the oldest recorded player to feature in any basketball game in the WNBA. She turned 40 years during the 2003/4 season.

Cynthia Cooper retired from active playing in 2004 and went to coaching. She was the head coach of four colleges between 2005 and 2017. These colleges were Prairie View, UNC Wilmington, Texas southern and lastly the University of Southern California. During these years, she won remarkable accolades with all the four colleges.

Having had a good coaching stint at the college level, she turned her sights to the WNBA. She became the Phoenix Mercury team in 2001 and 2002. She was the assistant coach to the USA women’s team in 2007. This was at the FIBA championships for the under 19 years. The tournament was held in Bratislava.

Due to her popularity, Cynthia Cooper got other money making opportunities. The American automobile maker General Motors gave her a spokesperson role for two years.

She has also been a regular host in the WNBA commentary room in many games. Due to her fluency in English, Spanish and Italian, Cooper has been hosted in many sports channels.

Cynthia Cooper was married to her first husband in 1993. The marriage to Anthony Stewart never lasted for long. They soon divorced. Cooper then married Brian Dyke in 2001. The couple got twins. The son and daughter came in June 2002.

She did an autobiography which was released in 2000. In it, she narrates of her upbringing and journey to stardom. Part of it tells the story of her mother’s fight with cancer. The book is titled She Got Game: My Odyssey.

At the age of 55, Cynthia Cooper is still regarded one of the best in women basketball history. This is almost 15 years into retirement. Her playing and coaching record is unparalleled. During her professional playing time, she won over twenty major trophies both in Europe and the US.

As part of the US national team, she won an Olympic gold medal at the Seoul Olympics in 1988 and bronze in Barcelona in 1992. She also has four gold medals from other competitions and silver as part of the United States women’s team.

Cynthia Cooper's rise to stardom was not smooth. The switch to basketball opened her doors to both college education and her career. With a determined spirit, she became arguably the best woman to play the game.