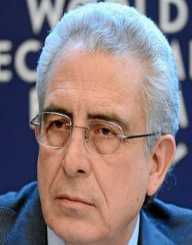 Ernesto Zedillo Ponce de León is a Mexican politician and economist. Born on December 27, 1951, he served as the President of Mexico from December 1994 to November 2000. Zedillo was the last person from the Institutional Revolutionary Party (PRI) to become president during their 71-year interrupted rule. Within some few weeks of taking office, the country witnessed the worst economic crisis in its history, which Zedillo blamed on the unfavourable policies of the economy by his predecessor, Carlos Salinas de Gotari.

Ernesto Zedillo, however, put in measures to bring the country’s economy back to life. Zedillo six-year administration also witnessed the clashes with the Zapatista Army of National Liberation (EZLN) and the Popular Revolutionary Army, the implementation of Fobaproa that aimed at rescuing the national banking system, and other political reforms including allowing Federal District residents to elect their mayor. In 2000, the PRI’s presidential candidate Francisco Labastida Ochoa lost elections to opposition National Action Party led by Vincent Fox, ending the 71-year interrupted rule of the Revolutionary Party.

Zedillo is the Director of the Centre for the Study of Globalization at Yale University, serves as the Latin American co-chair of the Inter-American Dialogue, and is a member of the board of directors of Citigroup.

Ernesto Zedillo Ponce de León was born on December 27, 1951, in New Mexico to Rodolfo Zedillo Castillo and Martha Alicia Ponce de León. His father was a mechanic. The family moved from New Mexico to Mexicali, Baja California, in their bid to seek a better life. Zedillo returned to New Mexico at age 14. He enrolled at the National Polytechnic Institute in 1969, during which he worked at the National Army and NAVY Bank to finance his education.

After graduating from school in 1972 with a degree in economics, Zedillo started a career as a lecturer. He furthered his education at Yale University where he earned his masters and Ph.D. with the thesis Mexico's Public External Debt: Recent History and Future Growth Related to Oil.

Ernesto Zedillo joined the Institutional Revolutionary Party in 1971. He worked in the Bank of Mexico. While there, he became a strong proponent of the introduction of some microeconomic measures to improve the country’s economy. He earned an appointment as the deputy-secretary of Planning and Budget Control in the Secretariat of Budget and Planning in 1987. He rose to become the secretary the following year. His term of office saw some reforms in Science and Technology in the country. He continued to rise and served in different capacities including an appointment as Secretary of Education by president Carlos Salinas in 1992.

After the assassination of the Institutional Revolutionary Party’s (PRI) presidential candidate, Luis Donaldo Colosio, Ernesto Zedillo who was more of an economist than a politician was selected replace him to run for election. Zedillo ran against the opposition National Action Party’s candidate Diego Fernández de Cevallos and Cuauhtémoc Cárdenas of the Party of the Democratic Revolution. Zedillo won the election with 48.69% of popular vote and subsequently became the last member of the PRI to be president in their 71-year uninterrupted rule in Mexico.

Ernesto Zedillo's administration witnessed the worst economic crisis in Mexico, some few days after taking office. This former president Carlos Salinas de Gotari was blamed for the crisis, who in turn blamed Zedillo for changing his economic policies. The emergencies necessitated the devaluation of the peso, which resulted in the crashing of the Mexican stock market. Zedillo as an economist introduced several reforms to curtail the worsening economy.

He also gained a $20 billion loan from the United States during President Bill Clinton’s administration. He instituted measures to curb corruption and election rigging in the country. Zedillo introduced the poverty eradication program, Progresa (later Oportunidades), to subsidize the life of the poorest people in Mexico. He also privatised state institutions like the railway company, Ferrocarriles Nacionales de México.

Ernesto Zedillo according to the constitution of Mexico could not seek a second term in office. The PRI, therefore, elected Francisco Labastida Ochoa as its presidential candidate for the 2000 elections. He, however, lost to the opposition candidate Vicente Fox of the National Action Party (PAN). This ended the 71-year dynasty of the PRI in Mexico.

Ernesto Zedillo has held several positions after his presidency. He currently teaches economics at the Yale University and heads the Yale Centre for the Study of Globalization. He has also served as a member of the board of directors of several companies including Citigroup (since 2010), Coco-Cola, Alcoa, Procter & Gamble, and Union Pacific Corporation among others. Zedillo was the head of an external review of the governance of World Bank Group in 2009.