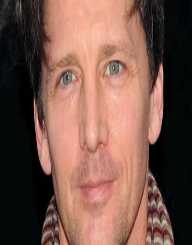 Andrew McCarthy is an actor, television director, and travel writer from the United States. Making an acting debut with the film Class, he rose to fame with his roles in 1980 films including Less Than Zero, St. Elmo’s Fire and Pretty in Pink. He has since featured in numerous films and television productions as well as Broadway productions. Aside from acting, McCarthy has directed many films including the Emmy Award-winning series Orange Is the New Black.

Andrew McCarthy was born on November 29, 1962, in Westfield, New Jersey. His fathers were into stocks and investments while his mother worked for a newspaper. He received education at Pingry School after moving to Bernardsville, New Jersey. He continued his education at Bernards High School.

In 1983, Andrew McCarthy made an acting debut playing the role of Jonathan in the comedy film Class. He later became a member of the group of young Hollywood actors who became known as the “Brat Pack.” Other members of the group were Molly Ringwald, Demi Moore, and Rob Lowe. His works with the Brat Pack includes St. Elmo’s Fire, 1985 and Pretty in Pink in 1986. Along with Kelvin Dillion and Donald Sutherland, Andrew McCarthy starred in Heaven Help Us in 1985.

In 1987, McCarthy appeared in films like Less Than Zero and Mannequin. The following year he starred in films including Fresh Horses and Kansas.McCarthy’s next hit was the comedy film Weekend at Bernie’s in 1989

Andrew McCarthy made a Broadway debut in The Boys of Winter in 1985. After a long break, he returned to star in Side Man. The play won a Tony Award for Best play in 1999. He was a guest star for two episodes of Law & Order: Special Victim Unit in 2000 and Law &Order: Criminal Intent 2007. He played Dr. Hook in Kingdom Hospital in 2004 and five episodes of NBC television series E-Ring in 2008. His other television roles include Lipstick Jungle, The National Tree, Alpha House, The Family, White Collar, and The Blacklist: Redemption.

As a director, Andrew McCarthy has directed some films and television works. He directed some of the episodes of television productions like Gossip Girl, White Collar, The Blacklist, and Orange Is the New Black.

Andrew McCarthy is the Editor at Large at National Geographic Traveler magazine. In 2010, he entered an underground church in Lalibela, Ethiopia without documentation and had to be escorted out. He was on an assignment for the Afar magazine at the time of the incident. In 2012, he published the book The Longest Way Home: One Man's Quest for the Courage to Settle Down.

Andrew McCarthy married his college girlfriend, Carol Schneider in 1999. The two had met and dated 20 years back. They have a son, Son born in 2000. They divorced in 2005. He married his second wife Dolores Rice on August 28, 2011. They have three children.McCarthy was a drunk and had to undergo detoxification program in 1992. He has since been sober. He later in 2004, revealed his problem with alcohol, which started at age 12.