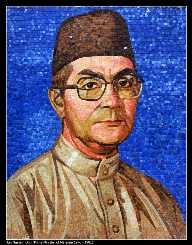 Hussein Onn was born on February 12, 1922. He was a Malaysian politician. He was the third Prime Minister of Malaysia. He was known as the Father of Unity.

Hussein Onn was born on February 12, 1922, in Malaysia. He was born to Dato Onn Jaafar who was the founder of the United Malays National Organization and his wife. He attended the Telok Kurau Primary School in Singapore. He later attended the English College Johore Bahru. In 1940, he joined the Johor Military Forces as a cadet. In 1941, he joined the Indian Military Academy in India.

After his training at the Indian Military Academy, Hussein Onn was absorbed into the Indian Army. On the onset of World War II, he was sent to serve in the Middle East. In 1945, he assisted the British Forces in freeing Malaya from Japanese occupation. After World War II, he was appointed by the British as an instructor at the Malayan Police Recruiting and Training Centre in Rawalpindi. In 1945, he returned to Malaysia where he became the Commandant of the Johor Bahru Police Depot. In the same year, he co-founded the United Malays National Organization. In 1946, he became the assistant administrative officer in Segamat, Johor. He later became the Klang and Kuala Selangor’s district officer in Selangor. In 1949, he became the first youth chief of the United Malays National Organization.

In 1950, Hussein Onn became the Secretary General of the party. He later left the party and co-founded the Independence of Malaya Party with his father. The party was not successful, and so he went to London where he studied law at Lincoln’s Inn. He later returned to Malaysia as a qualified lawyer. In 1968, he rejoined the United Malays National Organization after he was convinced by the then Prime Minister, Tun Abdul Razak. In 1969, he won the general elections. He was appointed the Education Minister. In 1973, he became the Deputy Prime Minister of Malaysia.

In 1948, Hussein Onn married Tun Suhaila Noah with whom he had six children. After his retirement, he played a significant role in the establishment of the Tun Hussein Onn Eye Hospital. He passed away on May 29, 1990, in California. He was buried in Makam Pahlawan in Kuala Lumpur. He died at the age of sixty eight.