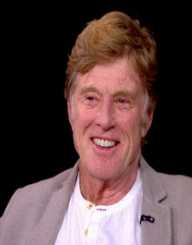 Robert Redford was born on August 18th, 1936 in Santa Monica, California. He is an American director, actor, producer and a renowned businessman. Through his contribution to the film industry, the world of acting has never been the same. He is the founder of the film festival called Sundance Film Festival. This event has earned Redford recognition as it is a highly esteemed event in the film industry. The best part is that indie filmmakers are finding the festival to be of great advantage to them. In his directing and producing career, he has won an Oscar award for Ordinary People.

Born on August 18th, 1936, Charles Robert Redford Jr., rose to become one of the most talented actors of all time. He was the son of Charles Robert Redford, Sr. and Martha. His father was a milkman who later became an accountant. Redford’s stepbrother is called William. During his youth years, Redford was an active member in sports. He mostly participated in football and tennis competitions. With time, Redford’s family migrated to Van Nuys, California where he managed to enroll with Van Nuys High School. Here, one of his classmates was Don Drysdale, a celebrated baseball pitcher. After high school, Redford went to the University of Colorado situated in Boulder.

Around this time, Redford worked in one of the restaurants called The Sink. He did not manage to complete his university education because he was kicked out of school. His heavy drinking was behavior that the university could not tolerate, and this led to first losing his scholarship and later on being expelled. With no place to go, he traveled around Europe settling in Spain, France, and Italy. His love for art prompted him to study painting for some time at the Pratt Institute located in Brooklyn.  He also indulged in drama classes while in New York City, taking lessons from the American Academy of Dramatic Arts.

Robert Redford professional career as an actor began during the 1960s. First, his TV career picked up with his appearance in several TV programs. Some of the shows that he made guest appearances included The Untouchables, Naked City, Whispering Smith, Alfred Hitchcock Presents, Playhouse 90, and The Twilight Zone. He also went on to feature in the 1962 ABC show called The Voice of Charlie Pont. His role here earned him an Emmy award nomination. In 1963, he made his last on-screen appearance with the medical drama TV series Breaking Point.

While working his way up the TV industry, Redford was also keen to ensure that his film career gave him a boost. One of the first films that landed him a minor role was the Tall Story of 1960. Two years later, he relied on his Broadway success to land himself a lead role in War Hunt. After this, he starred alongside Alec Guiness in Situation Hopeless ... But Not Serious-1965. This was a comedy film based on Robert Shaw’s novel, The Hiding Place. During the same year, he was bestowed with a Golden Globe award for his role in Inside Daisy Clover-1965. There were some films that Redford featured in and yet they did not perform well. Some of these films included Downhill Racer- 1969, Tell Them Willie Boy Is Here- 1969, Little Fauss and Big Halsy- 1970, The Hot Rock- 1972 and several others.

In spite of the poor performance in the early 70s movies, Redford managed to turn the tables around with Jeremiah Johnson- 1972, The Candidate- 1972, and The Way We Were- 1973. His film career breakthrough came with his role in The Sting- 1973. This went on to become one of his best film hits in his entire career. The Sting earned Redford recognition as he was also taken in as a nominee for an Oscar award.

Redford’s career as a director also got him to be a star in his likeness. At first, he was the executive producer for the film Downhill Racer. Later on, his career was at its best with Ordinary People- 1980. This film won the Best Picture award and also earned Redford an Academy Award for being the best overall director. Other works that he has directed include The Milagro Beanfield War- 1988; A River Runs Through It- 1992, Quiz Show- 1994.

In 1958, Robert Redford tied the knot with Lola Van Wagenen. His second marriage was to Sibylle Szaggars which occurred in 2009. He is a proud father of two sons and two daughters.