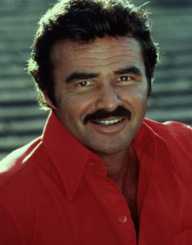 American actor, director, and producer Burton Leon Reynolds Jr. was born on February 11, 1936, in Lansing, Michigan, United States of America. His father Burton Milo Reynolds Sr. was an army Colonel and later became the Chief of Police of Riviera Beach, Florida. His mother Fern H. Reynolds was a head nurse. Burt Reynolds, as he was known popularly, received his high school education at the Palm Beach High School where he was named First Team All-State and All Southern as a fullback in the school football team during his 10th grade.

Burt Reynolds received many scholarship offers and joined the Florida State University on a football scholarship after graduating from Palm Beach High School in West Palm Beach, Florida. He played halfback for the University team. Soon, he was aspiring to be named in the All-American teams and was thinking about pursuing a professional career in Football.

Unfortunately, Burt Reynolds suffered a knee injury in the first game of his second season. Further aggravating the condition, he injured his other knee in a car accident and also lost his spleen later in that year. The cumulative effects of these injuries ultimately resulted in ending his football career.

After the premature conclusion of his football career, Reynolds enrolled himself at the Palm Beach Junior College in Lake Worth. One of his teachers, Watson B. Duncan III, pushed Reynolds into playing a part in the drama, Outward Bound, produced by Duncan. Reynolds won the 1956 Florida State Drama Award for his performance in Outward Bound and found himself destined to have a career in acting.

The Florida State Drama Award included a scholarship to the summer stock theater, Hyde Park Playhouse in Hyde Park, New York. So, instead of opting for more physically demanding summer jobs, Burt Reynolds utilized the opportunity to act on stage. He met Joanne Woodward while working with Hyde Park Playhouse. Woodward assisted Reynolds in finding an agent and in the year 1953, Reynolds was offered a role in the drama ‘Tea and Sympathy’ at the Neighbourhood Playhouse in New York City.

Burt Reynolds soon made his Broadway debut in ‘Look, We've Come Through,’ for which he received an appreciative review. He went on tour with the cast of his Broadway debut drama driving the tour bus besides appearing on stage. After coming back to New York, Reynolds enrolled himself in acting classes. He found a part in the play ‘Mister Roberts’ in 1957 and was subsequently auditioned for a film called ‘Sayonara’.

Burt Reynolds was rejected on the pretext of his close resemblance with the renowned actor Marlon Brando and was told to try his luck in Hollywood. At that moment of time, Reynolds was not confident enough to try his luck in Hollywood and stayed put in New York doing odd jobs like driving a delivery truck, washing dishes, waiting tables and as a bouncer at the Roseland Ballroom.

From 1960 onwards, Reynolds started getting acting consignments in the Television industry. After appearing as a guest star in the Pony Express episode, ‘The Good Samaritan,’ he found a regular role as Ben Frazer in ‘Riverboat,’ which was aired during 1959-60. He was cast in the character of a blacksmith Quint Asper in ‘Gunsmoke’ (1962-65). He played the title character in the police drama ‘Dan August’ (1970–71). Using his familiarity and fame he had earned during his nascent acting career, he secured a leading role in the low budget film ‘Navajo Joe’ before finally getting his breakthrough role in the 1972 drama ‘Deliverance’.

Burt Reynolds' breakout performance in Deliverance facilitated his rise as a star as well as positioned him firmly as a serious actor.  After the grand success of Deliverance, Reynolds got featured as the first nude male to appear centerfold in the April 1972 issue of Cosmopolitan making him a major sex symbol.

Burt Reynolds experimented with his singing talent too, when he came out with an album called ‘Ask Me What I Am’ and also participated in a duet with Dolly Parton in ‘The Best Little Whorehouse in Texas.’ During the whole of the 1970s and the early parts of 1980s, Reynolds remained one of the most sought-after actors in the Hollywood industry.

Burt Reynolds' film career went on a decline during the mid-1980s, and he returned to the small screen with the most popular sitcom ‘Evening Shade’ (1990-1994). His performance in the sitcom earned him an Emmy Award in 1991 and a Golden Globe Award in 1992 in the category of Outstanding Lead Actor in a Comedy Series.

In the new millennium too, Burt Reynolds found himself busy doing various type of acting consignments including lending his voice for characters in video games as well as performing in different varieties of acting mediums mainly film and television.

Burt Reynolds married actress Judy Carne in 1963. The marriage ended in divorce in 1965. He again married Loni Anderson in 1988. The marriage lasted for five years during which the couple adopted a son, Quinton. He had a troublesome divorce with his second wife in 1993 during which he declared himself bankrupt. Besides these two marriages, he had a romantic and extra-marital relationship with his Smokey and the Bandit co-star Sally Field and with singer Dinah Shore.