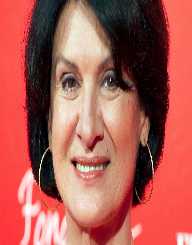 Paloma Picasso was born 19th April 1949, to Pablo Picasso and Francoise Gilot. She was born in Vallauris, France, and had an older brother, along with two half-siblings. Paloma Picasso's father, Pablo, was a famous artist in the 20th century, listed as one of the top 10 in the world, and her mother was a writer.

Paloma Picasso began working as a costume jewelry designer in 1968. She created some rhinestone necklaces which were noticed by critics, and she received favorable feedback. Due to her early success, she returned to school to study designing. After 12 months, Paloma Picasso showed her designs to famous couturier and friend, Yves Saint Laurent. He commissioned her to do the accessory designing for one of his collections.

In 1971, Paloma Picasso went to work for Zolotas, the well-known Greek jewelry company. Paloma Picasso began working for Tiffany & Co in 1980, based in New York. In 1984, she moved into fragrance and created a perfume called “Paloma Picasso” which was released by L’Oreal. With the success of the perfume, a line of cosmetic and bathing products was released the same year.

Paloma Picasso celebrated 30 years with Tiffany and Co in 2010. She produced a collection called Marrakesh, based on Morocco. A year later, in 2011, she released her collection called Venezia, based on the city of Venice. After the death of her father in 1973, Paloma Picasso moved away from designing and acted in a movie called Immoral Tales. It was the only time she acted.

She was also hailed by The Fashion Group as being one of the “Women Who Have Made an Extraordinary Impact on Our Industry".

Paloma Picasso married Rafael Lopez-Cambil in 1978. He was a playwright and director. The couple divorced in 1998.

Picasso’s second marriage was to Eric Thevenet was in 1999. Thevenet was a doctor, specializing in osteopathic medicine.