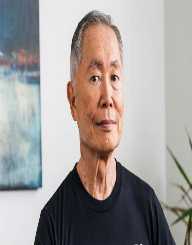 George Takei was born on April 20th, in 1937. He is famous for being an American actor. Aside from this, he is also a renowned author, director, and an activist. In the film industry, Takei is famous for the role of Hikaru in the Star Trek TV series. He continued to play the same characters in other Star Trek films that were released later on. Takei is not only famous for his acting, but he is also a socialite. In Facebook alone, he boasts of having about ten million likes on his page.

George Takei was born on April 20th, 1937. His place of birth was in Los Angeles, California. He was the son of Japanese-American parents. His father’s name was Takekuma Norman Takei. On the other hand, his mother was named Fumiko Emily. Takei, his father was into the real estate business. Takei joined the University of California situated in Berkeley where he pursued architecture.

While studying in college, Takei landed on a newspaper advert that looked for Asian voice-over roles. This was an advert seeking for voice-overs for the 1956 movie dubbed Rodan. This was the beginning of a career that he never anticipated. Soon after, there were other voice-overs that Takei took part in. Additionally, this also led to other acting opportunities in the TV industry. He went on to feature in shows such as Perry Mason. In 1960, he featured in a film called Ice Palace.

After some time, Takei opted to pursue his acting career seriously. As a result, he changed institutions and joined the University of California in Los Angeles. He went on to take a degree in theatre.

In 1966, George Takei landed on his most notable role after featuring in Star Trek, a science fiction film. He was to play the role of Lieutenant Hikaru Sulu. Three years later, the film continuation was canceled and therefore he had to break from this role.

During the 1970s, Takei continued to thrive in both film and the TV industry. In 1974, he featured Chin Ling in The Six Million Dollar Man. He also appeared in the 5th episode of Hawaii Five-0 in 1975. Around this time, he also lent his voice in the Star Trek: The Animated Series.

Later on, in 1979, Takei was back playing his role in the Star Trek: The Motion Picture – 1979. He continued to reprise his role in the film sequels until 1989. After that, during the 1990s, he mainly landed on voice-over roles that earned him recognition. His most notable voice overs include Mulan – 1998 and the Simpsons show.

In the early 1970s, George Takei vied for a position as a city council of Los Angeles. However, he lost narrowly to his rival. Regardless, he was made a member of the Southern California Transit District board of directors. He has also served in other public posts such as the Japan-United States Friendship Commission as a board member during the Bill Clinton’s era.

In 2005, George Takei made it clear to the entire world that he was homosexual. Three years later, he wedded his partner Brad Altman.