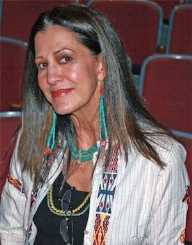 Rita Coolidge was born on May 1st, in 1945. She is a well-known recording artist. Coolidge has bagged home two Grammy Awards. She won these awards with Kris Kristofferson, her former husband. Coolidge’s best hits include “Higher and Higher,” “All Time High,” and “We’re All Alone.”

Rita Coolidge was born on May 1st, in 1945. Her birthplace was in Lafayette, Tennessee. She was the daughter of Charlotte and Dick Coolidge. Her father worked as a minister while her mother was a school teacher.

She was born in a family with a singing talent as her sisters, Linda and Priscilla were also singers. Music came out naturally to their family as their grandparents also sang.

At the age of 15, Rita Coolidge accompanied her family as they shifted to Florida. Here, she joined Florida State University where she pursued art. She began performing while at the university. Coolidge was quickly spotted by Delaney & Bonnie and immediately started singing as a background singer in different albums for other artists. Some of the people she worked for during this time included the likes of Eric Clapton, Leon Russell, Harry Chapin, Stephen Still, and Joe Cocker.

In late 1970, Coolidge crossed paths with Kris Kristofferson while trying to board a flight to Tennessee. Three years down the line, the two lovers exchanged their vows. Besides loving each other, they also worked together singing duets and recording albums together.

Due to their exceptional performances together, the pair earned themselves a Grammy Award for best country music in 1974. Their first Grammy was for the hit song “From the Bottle to the Bottom.” Two years later, they bagged home another similar award for “Lover Please.”

In spite of the success that Rita Coolidge had enjoyed with her husband, she rose to the limelight in 1977. During this period, she released four hit songs that were ranked top 25. Some of these songs were “Higher and Higher,” and “We’re All Alone.”

Rita Coolidge wedded Kris Kristofferson in 1973. However, this marriage ended in a divorce as the pair went separate ways in 1980. Together, they were blessed with a daughter named Casey. Casey was born in 1974. This marriage did not last long as it was affected by Kristofferson’s alcoholism and violent nature.

Away from her marriage, Coolidge has been associated with a number of romantic affairs including one with Graham Nash and Stephen Stills. Rumor has it that she has had romantic relationships with Joe Cocker and Leon Russell.

She, however, got married for the second time in mid-2004. She wedded Tatsuya Suda, a Japanese native. Priscilla, her sister, was murdered by her husband in late 2014.