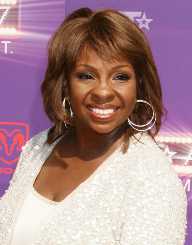 The Empress of Soul: Gladys Knight

Gladys Knight is an American singer, songwriter, and actress. She is a seven-time Grammy winner and is famous for forming the singing group ‘Gladys Knight & the Pips’ with her siblings and the cousins. Her admirers affectionately call her the ‘Empress of Soul.’

Gladys Maria Knight was born on 28 May 1944 in Atlanta, Georgia, United States. Her father was Merald Woodlow Knight, Sr., a postal worker and her mother was Sarah Elizabeth. Both her parents were singers at a gospel choir. At the tender age of four, Gladys made her debut with a solo singing performance at the local Mount Mariah Baptist Church in Atlanta, Georgia. Her first achievement came at the age of seven when she sang Nat King Cole’s ‘Too Young’ at Ted Mack's ‘The Original Amateur Hour’ TV show contest and won the contest. This win gave her the confidence to form her musical group ‘The Pips.’

In 1952, Gladys Knight formed ‘The Pips’ with the core members being her brother Merald (Bubba), sister Brenda, cousins Eleanor and William Guest and she. After a decade, Brenda and Eleanor left the group to get married, and another two members Edward Patten and Langston George joined the group. Edward was a cousin while Langston was a friend of Gladys. Langston left the group by 1960. Gladys was the main vocalist of the group, and ‘The Pips’ were known for their beautiful background harmonies and extraordinary dance sequences.

The first hit song by ‘The Pips’ was ‘Every Beat of My Heart’ released in the year 1961. But it was their collaboration with Motown Records in the mid-1960s that catapulted them to success. In Motown, The Pips got the opportunity to work with singer-songwriter Norman Whitfield, and the group recorded several major hit singles including ‘I Heard it Through the Grapevine.’ Their last Motown hit was the Grammy Award winning ‘Neither One of Us Wants to Be the First to Say Goodbye’ (1972).

In 1973, just days before their last single struck the chord; the group left Motown and joined Buddah Records for a better deal. Immediately after that, they struck gold with the release of their hit album ‘Midnight Train to Georgia.’ It won the Grammy Award and gained the #1 position on the Pop and R&B charts. Some more memorable hits that followed were ‘Best Thing That Ever Happened to Me,’ ‘I've Got to Use My Imagination’ etc.

In 1974, Gladys Knight and The Pips group went on to record the soundtrack for the film Claudine which had songs written by the producer Curtis Mayfield. The tracks became immensely successful in Europe, particularly in the United Kingdom. It was observed that many Buddah singles became popular in the United Kingdom market long after their success in the United States. The Grammy Award winning blockbuster hit ‘Midnight Train to Georgia’ ranked at Top 5 in the UK pop charts in the summer of 1976 whereas it had already struck gold in the US in 1973. Though it took a long time but still recognition from other parts of the world slowly started to pour in.

Gladys Knight made her motion picture acting debut in the film ‘Pipe Dreams.’ It was a romantic drama set in the background of Alaska. The film fared miserably at the box office. But Gladys Knight received a ‘Golden Globe Best New Actress’ nomination.

Gladys and The Pips continued to churn out hits till the late 1970’s. After that, some legal issues compelled them to record separately. As a result, Gladys recorded her first solo LP recordings - ‘Miss Gladys Knight’ in 1978 on Buddah Records and ‘Gladys Knight’ in 1979 on Columbia Records. In 1980, Gladys Knight and The Pips again got their act together. They signed a deal with Columbia Records and began releasing new albums. They released their first three reunion albums - ‘About Love’ (1980), ‘Touch’ (1982) and ‘Visions’ (1983). The group belted out hit singles such as ‘Save the Overtime for Me,’ ‘Landlord,’ and ‘You're Number One.’

Around this period, Gladys Knight kicked off her addiction for the game of gambling called baccarat. In 1987, she decided to part ways with The Pips to pursue a solo singing career. Accordingly, Gladys and The Pips’ recorded their final LP together, ‘All Our Love’ in the year 1987 under the banner of MCA Records. The album’s lead single ‘Love Overboard’ became an instant R&B hit and earned another Grammy for the album. They also had a successful tour in 1988 together. After that The Pips retired and Gladys Knight began her solo singing career. In 1989, Gladys Knight and The Pips were inducted into the Georgia Music Hall of Fame, and again in 1996, they were inducted into the Rock & Roll Hall of Fame.

Gladys Knight launched her solo career by recording the title song for the James Bond film ‘Licence to Kill’ (1989). She released her most successful solo LP ‘The Good Woman’ in 1990. Continuing her solo singing journey, in 1994, she came up with her successful and critically acclaimed album ‘Just For You.’ She also tried to revive her acting career by landing a recurring role on the 1994 TV series ‘New York Undercover.’ Gladys’ gospel album ‘One Voice’ in collaboration with the Saints United Voices and the 2006 album ‘Before Me’ also received favorable reviews.

At the age of 16, Gladys Knight married her childhood sweetheart James Newman. The couple had two children, son James and daughter Kenya. Newman was a drug addict and died shortly after abandoning the family. She again entered into wedlock with Barry Hankerson in 1974. They had one son Shanga Hankerson before their eventual divorce in 1979. Her third wedding was solemnized in the year 1995 with motivational speaker Les Brown. They divorced within two years. After a decade of knowing each other, Gladys married William Mcdowell, a corporate consultant, in 2001.