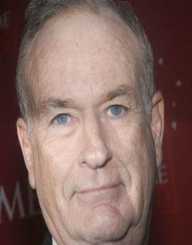 William James ‘Bill’ O’ Reilly junior was born on September 10, 1949. He is an American journalist and author. He was also once a television host. He is currently sixty nine years old.

William James ‘Bill’ O’ Reilly junior was born on September 10, 1949, in Manhattan in the United States of America. He was born to William James Senior and Winifred Angela. His family lived in Fort Lee in New Jersey. In 1951, his family moved to Levittown in Long Island. He was brought up alongside his sister, Janet. He attended St. Brigid Parochial School in Mineola. He later attended Chaminade High School which was a Catholic Boys High School. In 1967, he graduated from high school.

He later joined Marist College in New York where he was a punter in the National Club Football Association and majored in History. He was also a writer for the school’s newspaper titled ‘The Circle.’ His junior year of college was spent as Queen Mary College at the University of London. In 1971, he graduated with a Bachelor of Arts Degree in History. He later graduated from Marist College and moved to Miami where he became an English and History teacher at Monsignor Pace High School.

Bill O’ Reilly later obtained a Master of Arts Degree in broadcast journalism from Boston University. In 1995, he joined the John F. Kennedy School of Government at Harvard University. The following year, he graduated from the school with a Master’s of Public Administration Degree.

Bill O’ Reilly started his career as a news reporter and weatherman for WNEP-TV in Pennsylvania. He later reported for WFAA-TV in Dallas, Texas where he received the Dallas Press Club Award for excellence in investigative reporting. Later on, he reported for KMGH-TV in Denver where he won a local Emmy Award for his successful coverage of a skyjacking. In 1984, he was hired at KATU in Portland where he worked until 1985. He later worked for WNEV-TV, Boston and WFSB, Connecticut.

In 2017, Bill O’ Reilly founded the podcast ‘No Spin News’ and started appearing as a guest on ‘The Glenn Beck Radio Program’. William was also a radio host in the past. In 2002, he started hosting the radio program ‘The Radio Factor.’ He hosted the show until 2009. He has been sued severally for sexual harassment and ended up settling the claims.

In 1996, Bill O’ Reilly married Maureen E. McPhilmy who is a public relations executive, but they divorced in 2011. Together they have two children, Madeline who was born in 1998 and Spencer who was born in 2003. In 2016, he lost custody of both of his children due to accusations of domestic abuse alleged by his daughter as against Maureen. He is currently sixty nine years old.