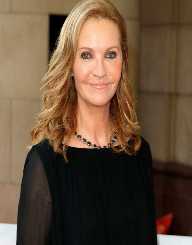 Joan Allen was born 20th August 1956, to James and Dorothea Allen. She was born in Rochelle, Illinois, in the United States. Allen has three older siblings, and her father owns a gas station.

Allen studied at Rochelle Township High School. After graduation, she enrolled at Eastern Illinois University. One of her fellow students was John Malkovich, and they began acting together in school productions. Allen then transferred to Northern Illinois University, and she graduated with a fine arts degree in theater.

In 1977, Malkovich invited Allen to join the Steppenwolf Theatre Company. As a result, it was the start of her career. Allen debuted on Broadway in 1987 performing in a production called Burn This. Her follow-up Broadway production was The Heidi Chronicles in 1989.

She has been in ten stage productions over the years. This includes a return to Broadway in 2009 after being absent from the stage for 20 years.

Nominated for almost 70 awards, Allen has won 25 of them. Among her awards she has a Drama Desk Award, and a Tony Award.

Allen married Peter Friedman in 1990, and Friedman was an actor. They had a daughter together, but they divorced in 2002. They live near each other to enable them to share time with Sadie.