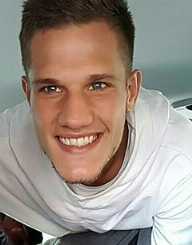 Bruno Zuculini was born on April 2, 1993. He is an Argentine professional footballer. He plays as a central midfielder for Hellas Verona which is an Italian Club.

Bruno Zuculini was born on April 2, 1993, in Argentina. He graduated from Racing Club’s Youth Set-Up.

Bruno Zuculini began his career at the age of sixteen when played at the Argentine Primera Division championship. In 2012, he scored his first professional goal for Avellaneda. By 2013, he had played in thirty two matches and scored five goals. In 2014, he scored an opening goal for Manchester City in a game against Sporting Kansas City. In the same year received his confirmation as a city player. He was assigned the number thirty six shirt. In the same year, he was loaned to La Liga’s Valencia CF. His loan was rescinded in 2015.

In 2015, Bruno Zuculini was loaned by the team Cordoba CF. In the same year, he was loaned by the championship club Middlesbrough who extended his loan to 2016. In 2016, he was on loan at AEK Athens until the end of the 2016 Greek Superleague Campaign. In the same year, he suffered injury, and he had to go back to England to undergo surgery. He was later loaned by Rayo Vallecano until the end of the 2016-2017 Segunda Division. His loan was later cut short when he joined Verona. In 2017, he signed a permanent deal with Hellas Verona.

Bruno Zuculini is currently twenty four years old. His brother Franco is also a footballer and a midfielder.